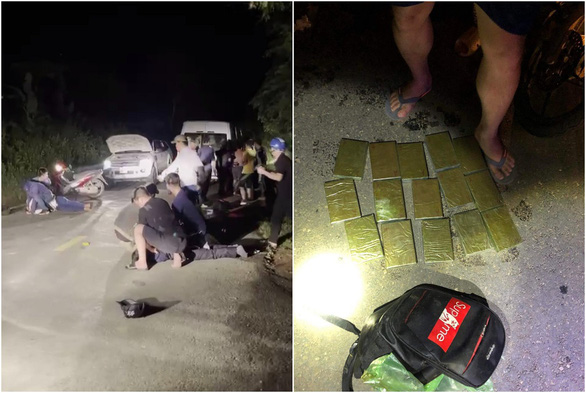 A police officer in Nghe An Province, north-central Vietnam was shot and wounded by one of two suspected drug traffickers during their arrest earlier this week.

The suspects, both of the Mong ethnicity, were caught by a police unit while trafficking 15 bricks of heroin in the province’s Que Phong District on Monday, local police said.

While police were attempting to take the suspects into custody, one of the traffickers shot P.L.T., a police officer, in the thigh.

The team managed to subdue the suspect and transport the injured officer to Nghe An General Friendship Hospital for emergency aid.

The police unit involved in the case seized 15 bricks of heroin, a pistol, and seven bullets.

The weight of the seized bricks has yet to be announced.

On Wednesday, a group from the provincial Party Committee and local police arrived at the hospital to visit P., who was in stable health following a surgery.

Local police are expanding their investigation into the case in order to arrest other potential suspects.