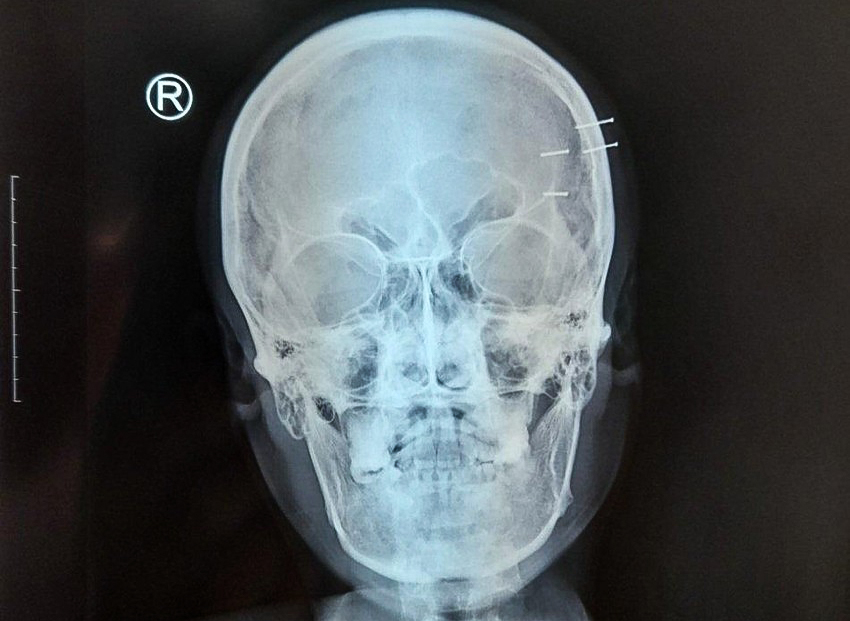 A man was hospitalized in the southern Vietnamese province of Tay Ninh on Monday after hammering four nails into his own head to “relieve grief due to family issues and loneliness.”

L.H.H., a 36-year-old resident of Chau Thanh District, remained conscious and had some minor injuries on his head when he was admitted to the hospital.

Through X-rays, doctors determined that there were four small nails, about 1.5 centimeters long, located in the patient’s left temple area.

As the nails did not enter his brain, surgeons carried out an immediate medical operation, which lasted for only 20 minutes, to remove the foreign bodies from his skull.

“If it was a longer nail, I don’t know what would have happened,” said Dr. Mac Dang Ninh.

“The patient could become disabled."

H. later explained that he had thoughts of torturing himself because he was sad about his family and felt lonely.

Self-harm can cause the release of natural anesthetics in the body, capable of soothing mental pains and producing emotional comfort, according to some studies.

The behavior can become addictive, leading to total or partial dependence.