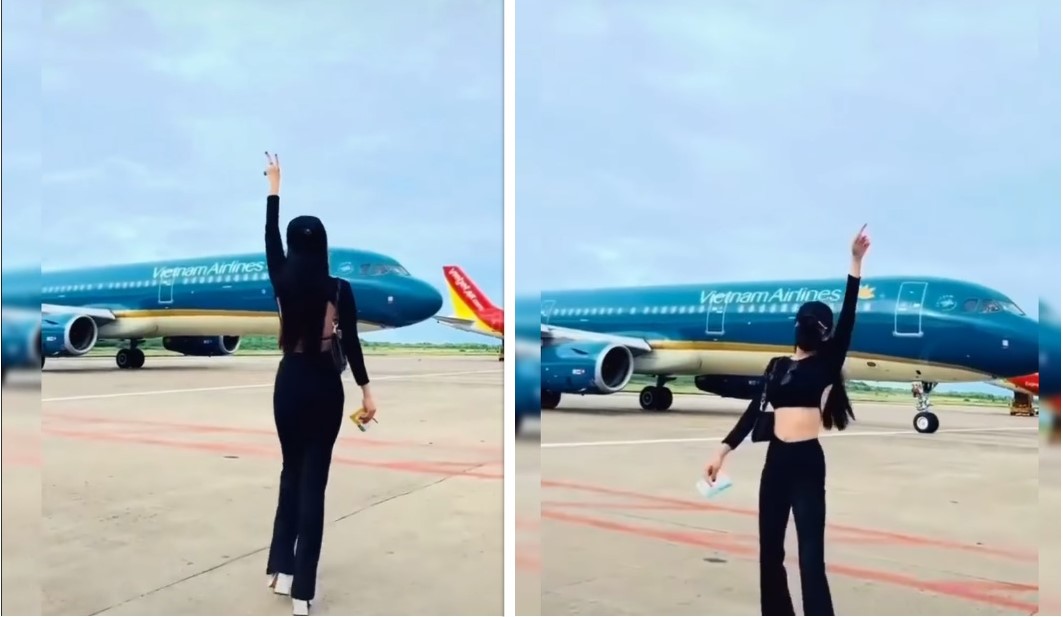 A Vietnamese woman who danced and posed near a moving plane at an airport for her TikTok video shot in May has received a six-month flight ban for violating regulations on aviation safety.

The Civil Aviation Authority of Vietnam (CAAV) imposed the flight ban upon Le Minh Xuan Yen, 26, from the Mekong Delta city of Can Tho, for intentionally disobeying regulations on security and order at airports and aviation safety.

The ban will last from August 17 to February 16.

Yen boarded flight VN1740 from Phu Quoc, a famous tourist island off southern Kien Giang Province, to Can Tho on May 18.

She was identified as the person who dances and poses near an aircraft that was taxiing on the apron in a video that went viral on TikTok and other social media platforms in mid-July.

The CAAV later probed the video clip and concluded that the incident took place at Phu Quoc International Airport.

The woman in the video had just exited an apron bus at her aircraft’s parking position.

Instead of getting on her plane, the woman moved toward another aircraft that was taxiing on the apron to dance and pose for a TikTok video.

Security control staff noticed her action and immediately told her to return to a safe location.

The video was still uploaded on TikTok then and sparked criticism from netizens before being removed from the short video platform.