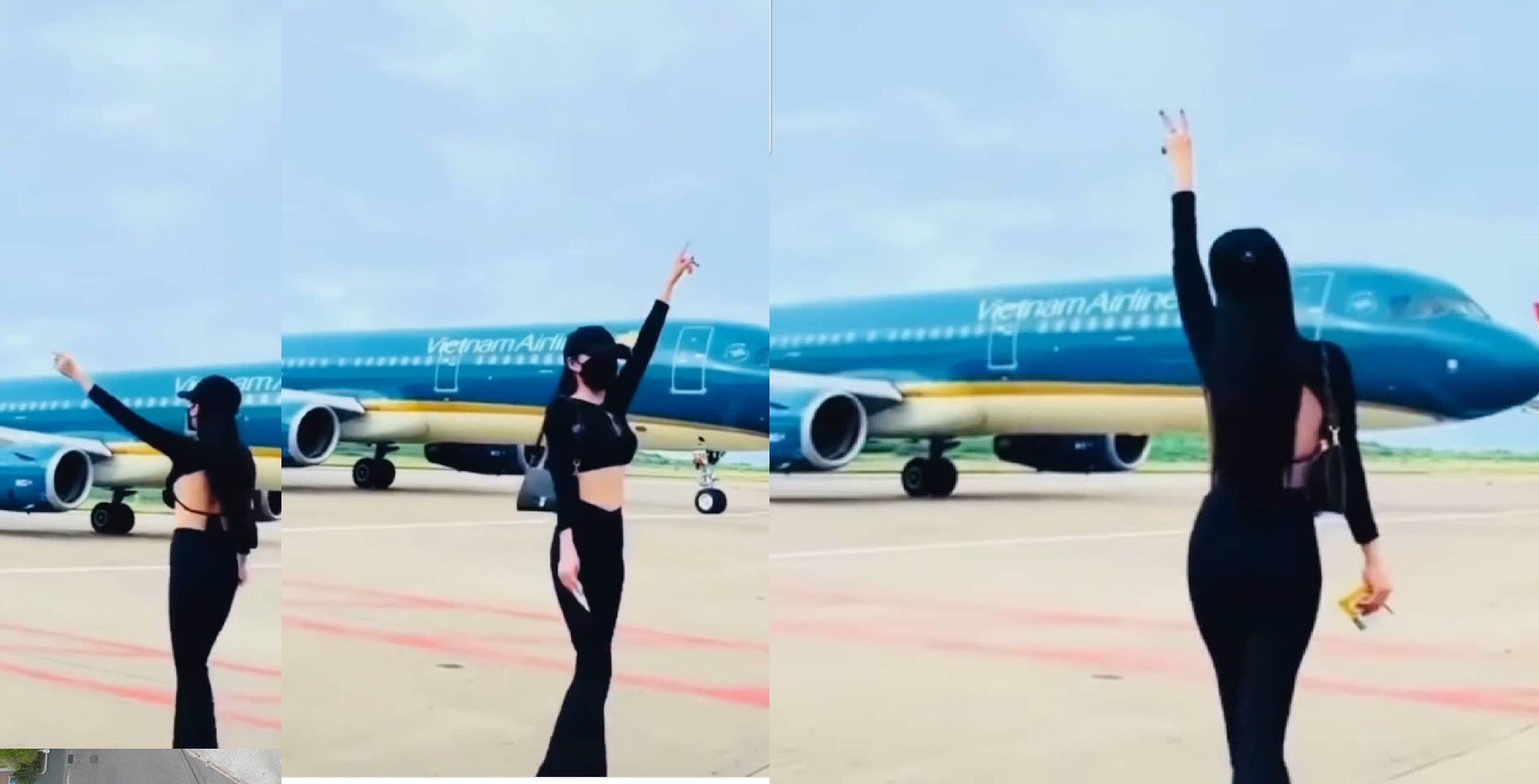 The Civil Aviation Authority of Vietnam (CAAV) launched an investigation into a TikTok video in which a woman is seen dancing around and posing for social media content on the apron of a runway while a plane moves nearby.

The management of Phu Quoc International Airport on the eponymous island off Kien Giang Province reported that the incident occurred around one month ago when the woman exited an apron bus at her aircraft’s parking position.

Instead of getting on her plane, the woman moved toward another aircraft that was taxiing on the apron to dance and pose for a TikTok video.

Security control staff noticed her action and immediately required her to return to a safe location.

The video was still uploaded on TikTok then and sparked criticism from netizens before being removed from the short video platform.

A CAAV representative assessed the woman’s action as disruptive, dangerous behavior and a threat to flight safety.

Airplane engines have strong suction that can suck a person in, while a small object being sucked into the engine also risks damaging the airplane, the representative explained.

Besides dancing on the apron like the aforementioned woman, some passengers put their smartphones in the plane window and pulled down the window cover to record the outdoor landscapes during their trips.

Under non-stop operation for a few hours combined with the impact of sunlight, the phone may become overheated and explode, according to experts.

The CAAV has directed airlines to prevent such dangerous acts.