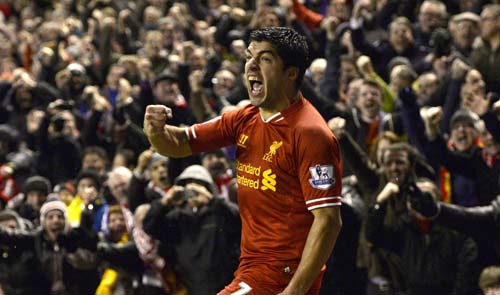 English clubs led the way as worldwide spending on international transfers shot up by 41 percent last year to reach US$3.7 billion, FIFA said in a report published on Wednesday.

English clubs spent $913 million on international transfers in 2013, an increase of 51 percent over the previous year.

Surprisingly, they were followed by Italian clubs who, despite widespread reports of financial difficulties, splashed out a total of $475 million between them, a staggering jump of 120 percent year-on-year.

Spanish clubs were the biggest sellers, which the report said was prompted by a push to cut their debts, as they received $565 million between them. They were followed by Italy, Brazil, Portugal and England.

There was a significant increase in so-called conditional transfers, where part of the fee is fixed and the rest is performance-based. Fees from such transfers leapt 73 percent to a total of $525 million.

"It is a very interesting trend because the market is becoming more astute, a lot of the transfers are based on either potential performance or past performance, if the players are older," he told reporters.

"Conditions can be represented by a number of performance factors such as qualification for competitions, relegation, or the players' performance on an individual level.

"Clubs are hedging their bets, trying to be more sensible in how much money they put into the guaranteed section and into the potential section (of the fee)."

The lion's share of the money was exchanged within Europe which accounted for 77 percent of the total market value.

Argentina and Brazil spent less on transfer fees last year, with the former down from $25 million to $22 million and their neighbors more significantly from $94 million to $73million.

"A currency crisis afflicting emerging economies has reduced Brazilian and Argentine buying power in the international market," said the report.

Brazil remained hugely influential, however, and 13 percent of all transfers, totaling 1,588, involved players from the 2014 World Cup host nation.

Although agents are widely criticized for pushing up transfer fees, FIFA said that only seven per cent of all transfers involved a club intermediary and 14 percent involved a players' intermediary.

"Well-funded leagues with a limited talent pool are increasingly looking for ways to raise their competitiveness as well as their global appeal," said the report.

"One means to do this is by the addition of slightly older, well-known players who are leaving more high-profile leagues."