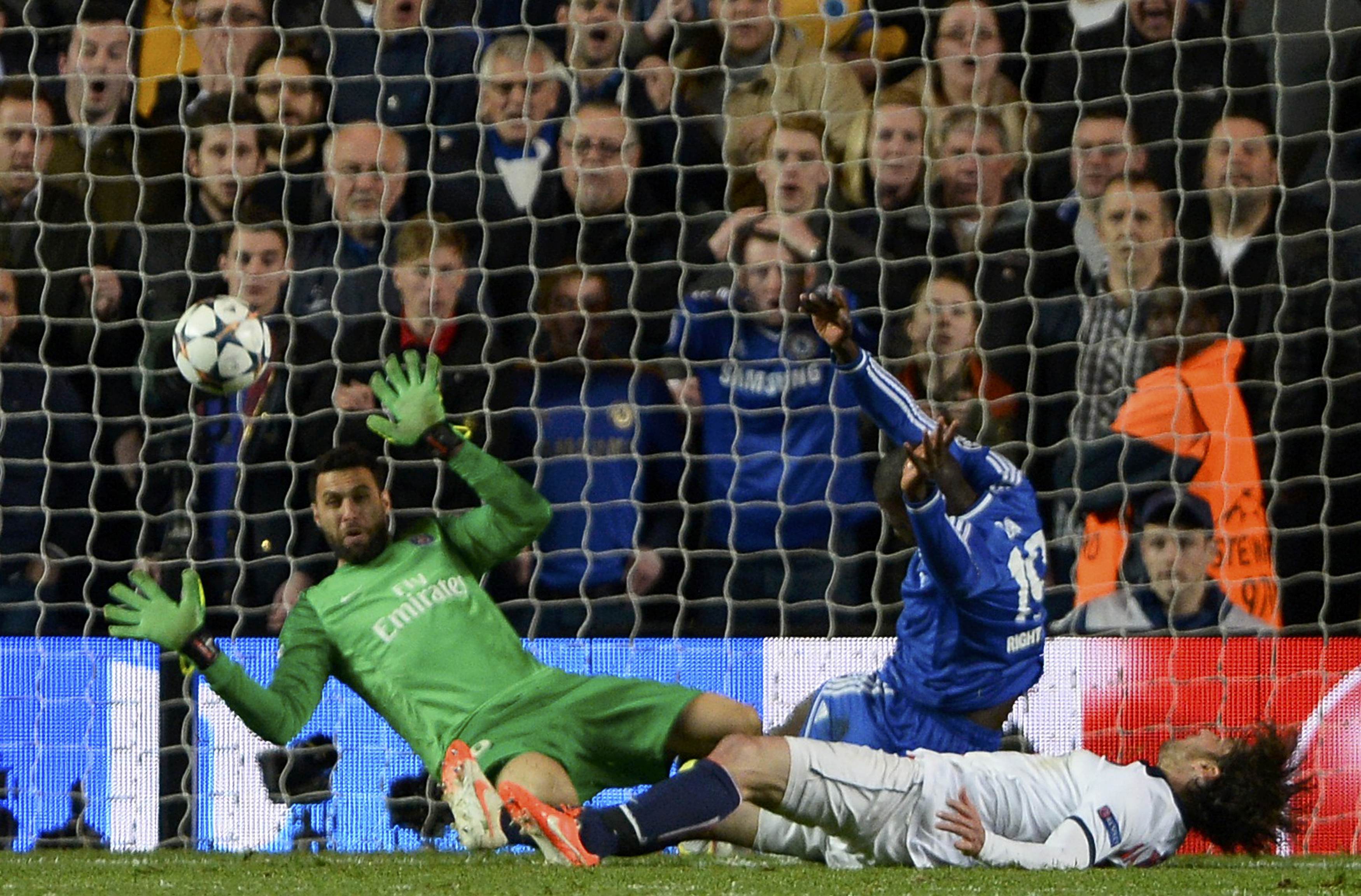 Chelsea's Demba Ba steps out of shadows to sink PSG

LONDON – Demba Ba's career at Chelsea has had more stops than starts but whatever his future holds at the London club, his last-gasp goal against Paris St Germain means the Senegal striker will not be forgotten.

In a dramatic finale to the second leg of their Champions League quarter final, the Paris-born Ba, latched on to a deflected shot in the 87th minute to score from close range and send Chelsea into the last four of the competition on away goals.

"I am very happy for him. He is a good guy, a good professional, a good group man," Chelsea coach Jose Mourinho told reporters.

Mourinho said his decision to bring on Ba with less than half an hour remaining, rather than turn to Spain striker Fernando Torres, gave Ba the confidence he needed to make an impact on the game.

At the time, with Chelsea leading 1-0 after a first-half goal by Germany's Andre Schuerrle, the match was finely balanced with the Londoners needing one more to level the tie 3-3 on aggregate and advance on away goals after losing the first leg 3-1.

"His enthusiasm was fantastic and he started giving problems to Paris, problems they don't normally have in their league because he it's a completely different style of approach," Mourinho said.

The Portuguese coach has given Ba few chances to shine. On Tuesday against PSG, Mourinho opted to start with Cameroon's Samuel Eto'o in attack, even though he was barely recovered from injury.

Ba joined Chelsea from Newcastle United in January last year and has made 45 appearances for the club, 25 of them as a substitute, scoring 12 goals.

He had only scored five goals previously this season - and two of those came in the last two minutes of a 4-0 win against Tottenham Hotspur a month ago.

Media reports have said he may be sold at the end of the season as Mourinho seeks to rebuild the attack he inherited when he rejoined the club in the close season and which has mustered few goals between them.

Mourinho said he was not worried about who Chelsea face in the semi-finals for which Real Madrid also qualified on Tuesday. Other potential rivals include Bayern Munich and Barcelona.

"It doesn't matter who. We know that we are a team with a special spirit even if we are a team not in the maximum of our potential," he said.

Beaten PSG coach Laurent Blanc praised Chelsea for not giving up. "They believed right through to the end. Good luck to them," he told reporters.

But Blanc was frustrated by PSG's missed chances in the second half. "We had opportunities to score a goal on the counter-attack and that would have taken us through."