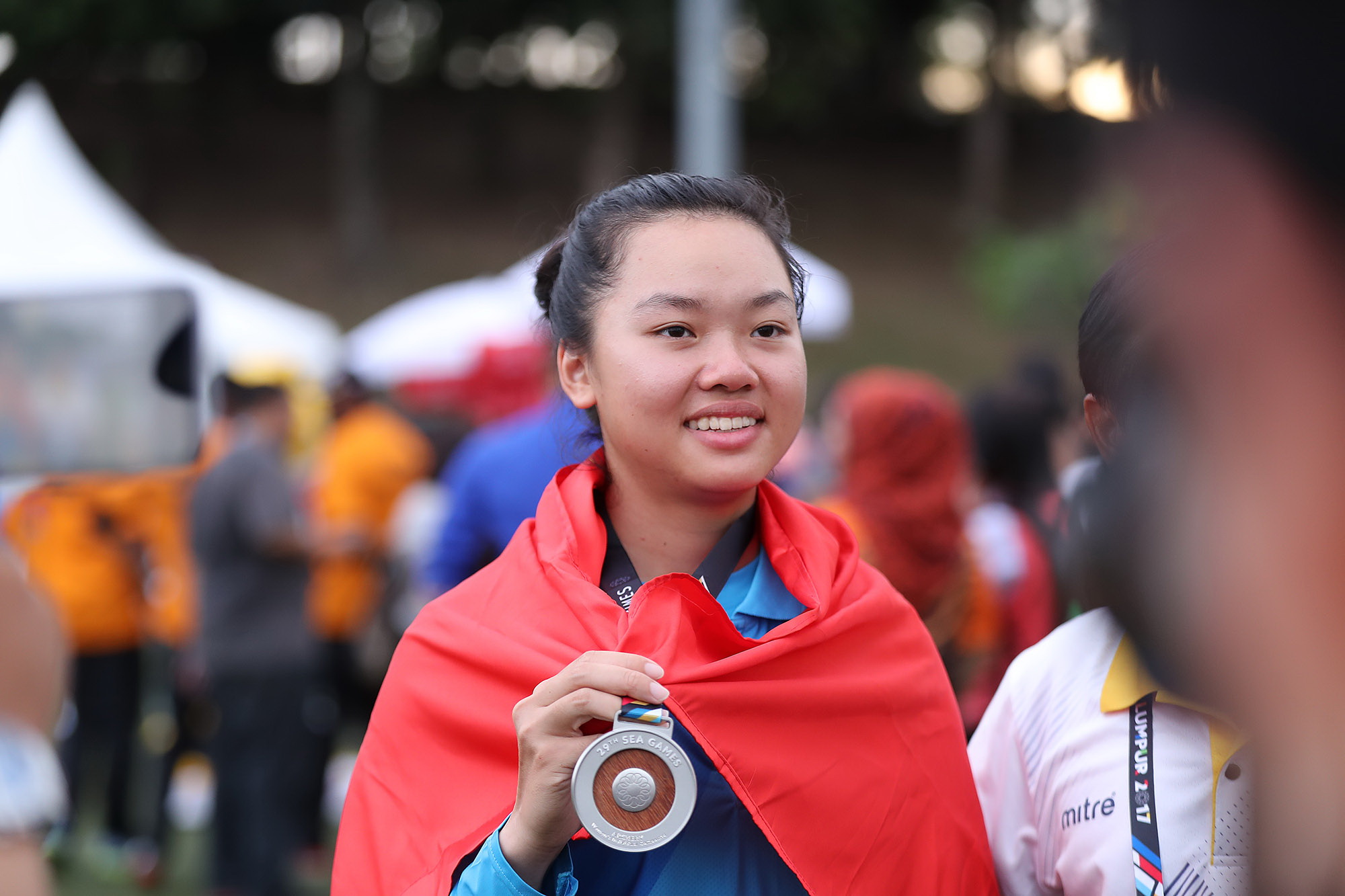 Vietnam’s archery team was tasked with kick-starting the country’s medal haul at the 2017 Southeast Asian (SEA) Games in Malaysia on Tuesday, but only one female archer was able to shoot her way onto the podium.

Six-time SEA Games competitor Nguyen Tien Cuong had been Vietnam’s biggest gold medal hopeful before his elimination in the quarterfinals.

However, Cuong’s three team gold medals and one individual trophy in previous Games were not enough to help him surmount the psychological pressure of competition.

Where Cuong fell short, Chau Kieu Oanh was able to pick up the slack.

The 20-year-old archer appeared completely at ease throughout her tournament debut.

Her impressive performance landed her in the individual compound bow final and saved the Vietnamese delegation from finishing the first day of competition empty-handed.

Oanh’s semifinal score of 145 out of 150 possible points set the bar high for her finals performance.

In her first finals round attempt, Oanh’s score of 27 out of 30 possible points was bested by Sri Ranti of Indonesia’s 30 out of 30.

The Vietnamese attempted to close the gap in the following rounds, but her 142 points came just shy of Ranti’s 144.

“Oanh was tense in her first attempt. We cannot blame her for that, given this is her first-ever SEA Games appearance.”

However, Oanh appeared to remain calm throughout the competition, even after finishing shy of the gold trophy.

“I was not under much pressure. Being able to compete in my first SEA Games was enough for me,” she said.

Oanh said she plans to use the cash bonus from her silver medal to buy a new tractor for her father, a dream she has long cherished.

“I did not take up archery for money. I’m just really in love with this sport,” she added.