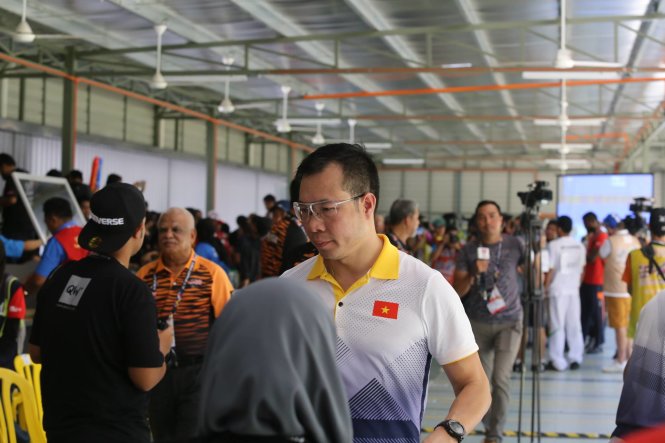 Vietnamese marksman Hoang Xuan Vinh was eliminated from the men’s 50m pistol final at the 2017 Southeast Asian (SEA) Games on Tuesday, the same event in which he made history at the Olympics last year.

However, Vinh was eliminated after scoring just 104.6 points after 12 attempts, with Cuong following suit with only 121.5 points after 14 attempts.

The results will come as a shock to Vietnamese coaches and fans, as Cuong had earlier topped the morning’s qualifying round by scoring 554 points with Vinh second on 546 points.

Vietnam’s shooting coach Nguyen Thi Nhung said that while there are both subjective and objective, technical and psychological reasons for a loss by any athlete, mental pressure was to blame in the case of Vinh.

“He failed to control his mind and therefore failed to exhibit his best technique.”

Nhung extended the shooting team’s apologies to supporters at home before admitting that she and other coaches were also responsible for Vinh’s failure.

“We have been struggling to understand how Vinh feels and what pressure he is under after he returned from Rio with two historic medals,” she elaborated.

Vietnam has never had an Olympic gold medalist before Vinh, so “we really do not know how to help him with his psychological problems,” the coach added.

“I think this failure will be a motivating factor for Vinh in the future,” she said.

The shooter himself remained calm after his loss, even though he refused to talk to the press.