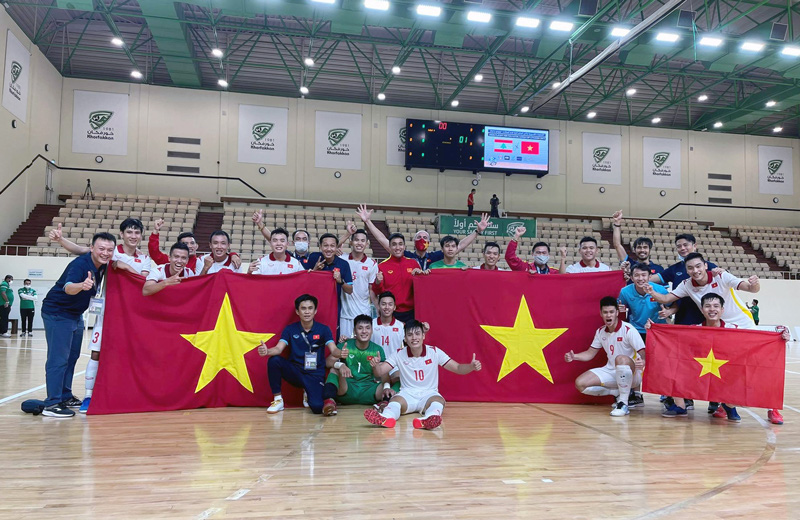 Vietnam secured the final Asian ticket to the 2021 FIFA Futsal World Cup after a 1-1 draw against Lebanon in their second-leg play-off in the UAE on Tuesday night thanks to the advantage on away goals.

The Vietnamese took the lead through Chau Doan Phat while an Ali Tneich equalizer for Lebanon was not enough for the West Asian team to seal a place in the FIFA Futsal World Cup finals for the first time.

The second leg was very much similar to when the two sides met just two days earlier and played to a goalless tie.

Both teams exchanged tame shots in the opening minutes, followed by a series of fine saves from the goalkeepers to see the first half end in a stalemate.

The deadlock continued well into the second half.

It was not until the 37th minute that Phat finally broke that deadlock, displaying some fine footwork to dribble past Ahmad Kheir El Dine before slotting past goalkeeper Hussein Hamdani.

The power player made good work with a series of passes leading to a simple tap in from close range to bring the score level within the same minute.

Vietnam, however, did not sit back in defense and took the match to Lebanon, keeping the West Asians pressed in the remaining moments.

The Southeast Asians were eventually successful both in denying Lebanon’s efforts and securing a finals ticket as per the away goals rule.

Vietnam will join Iran, Japan, Uzbekistan, and Thailand, who were the other Asian play-off winners, in the tournament finals, scheduled to kick off on September 12 and run until October 3 in Lithuania.

This will be Vietnam’s second consecutive FIFA Futsal World Cup appearance after the first one in 2016, when they played excellently and reached the Round of 16.

A total of 24 teams will compete in the final tournament, including Lithuania who qualify automatically as hosts.