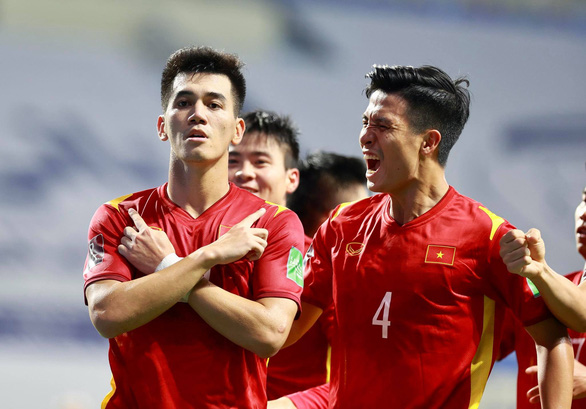 Rough play proved pointless for Indonesia in their clash with Vietnam in the second round of FIFA World Cup qualification in the UAE on Monday night.

The Vietnamese dominated the entire game in Group G at Al Maktoum Stadium in Dubai but the first half seemed hard for them given Indonesia’s aggressiveness.

Such tough play was exemplified by Pratama Arhan Alif Rifai’s dangerous tackle against Nguyen Tuan Anh in midfield 23 minutes into the game.

In the second half, the Golden Dragons mounted far more pressure on their opponents and thus managed to net goals.

Eleven minutes, star Nguyen Quang Hai fired a rocket from outside the box to widen the gap to 2-0.

Right back Vu Van Thanh put the final nail in the coffin for Indonesia with a superb left-footed curve from the edge of the penalty area seven minutes later.

Vietnam remain top in Group G, having earned 14 points from six games, two points clear of group hosts the UAE, who beat Thailand 3-1 in the other game the same day.

Thailand and Malaysia place third and fourth on nine points while Indonesia are still rock bottom with a single point.

Vietnam are slated to clash with Malaysia on June 11 and the UAE on June 15.

The second qualifying round of the 2022 FIFA World Cup, hosted by Qatar next year, have been competed by 40 teams drawn into eight groups of five to play home and away round-robin matches since September 5, 2019.

Group leaders will win direct tickets to the last qualifying round.