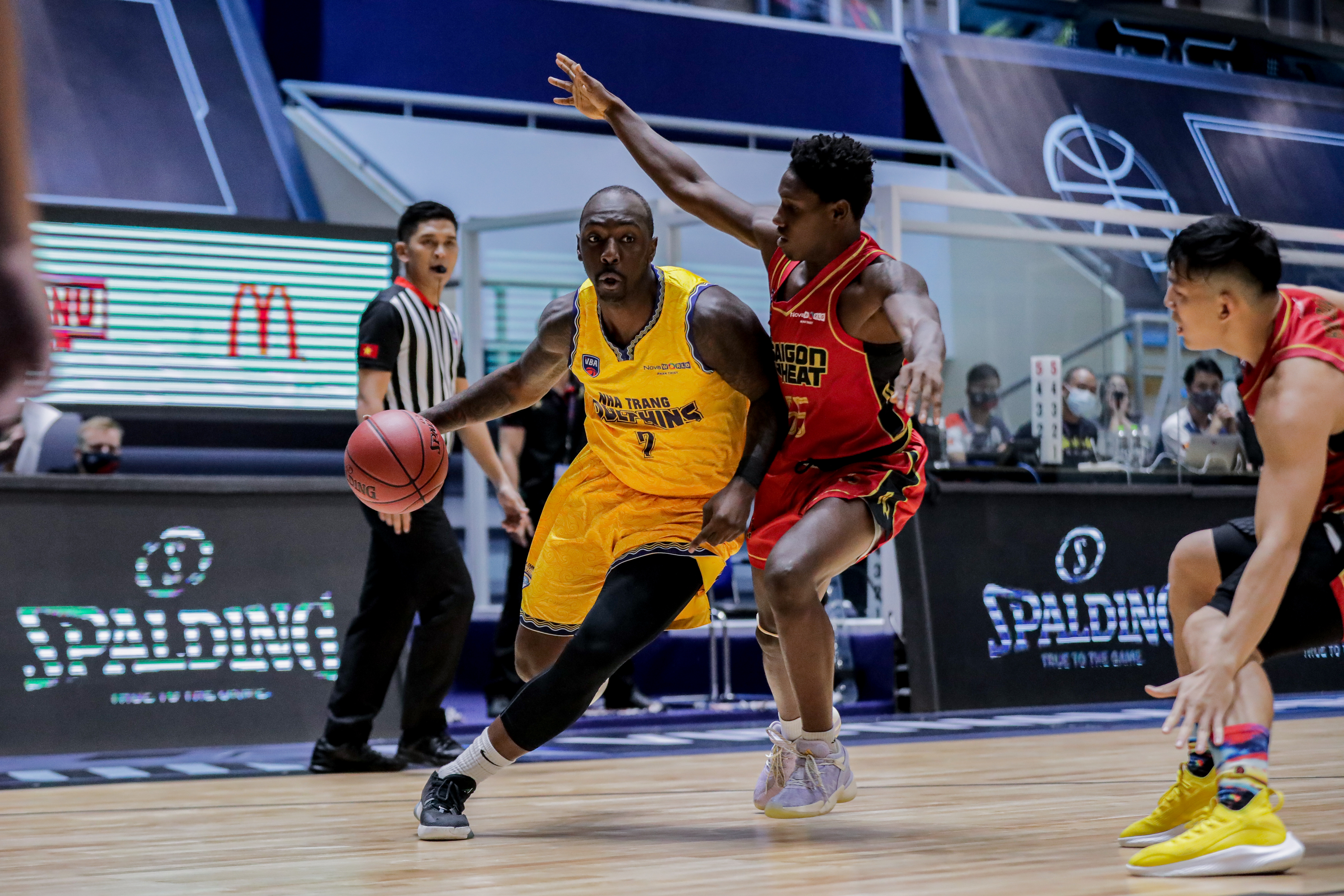 The Saigon Heat has wowed spectators with their breathtaking comeback to snatch victory from the Nha Trang Dolphins in the first game of the Vietnam Basketball Association (VBA) Premier Bubble Games - Brought to you by NovaWorld Phan Thiet.

The home-field advantage helped the Nha Trang Dolphins start off the game smoothly and take a five-point lead in the first half of the first match, with Christopher Galbreath and Huynh Vinh Quang displaying their skills.

Although their performance began to feel off during the match’s second half, the Nha Trang Dolphins were still able to maintain a good defense.

Meanwhile, Vo Kim Ban scored the first point for the Saigon Heat with an accurate shot on the basket in the first minute of the match.

However, most of the points scored for the team came from Daquan Bracey. Bracey scored 18 out of 23 points for the reigning champion in the first match.

Relying on the foreign player did not seem to be the best strategy for the Saigon Heat, as the Nha Trang Dolphins led the game following the first match with 27 points.

After an underwhelming performance in the first match, Kevin Dasom finally stood out with a throw that helped the Saigon Heat narrow the gap to two points one minute into the second match.

Nha Trang Dolphins’ To Ngoc Khanh promptly responded with a successful three-point field goal. The team continued with good performance to prevent their opponents from equalizing the score.

The Saigon Heat still depended largely on Bracey in the second match, and ended up with 48 points, three points behind the Nha Trang Dolphins, when the match concluded.

In the third match, the reigning VBA champion quickly turned the tables with Bracey’s unstoppable attacks.

Despite the height disadvantage, the protégées of coach Matt Van Pelt gave their opponents a hard time during this match.

The Nha Trang Dolphins no longer maintained an effective playstyle, as Christopher Galbreath, the tallest player on the court, did not have many chances to touch the ball.

In addition, the home team also suffered a big disadvantage when Devin Harris was in foul trouble and had to sit out.

Three minutes into the fourth match, Tim Waale from the Saigon Heat was disqualified after committing five personal fouls.

The Nha Trang Dolphins failed to make good use of this opportunity, and later suffered a similar disadvantage when Devin Harris was disqualified.

Without Devin Harris, Christopher Harris was the only hope for the Nha Trang Dolphins, but he was constantly surrounded.