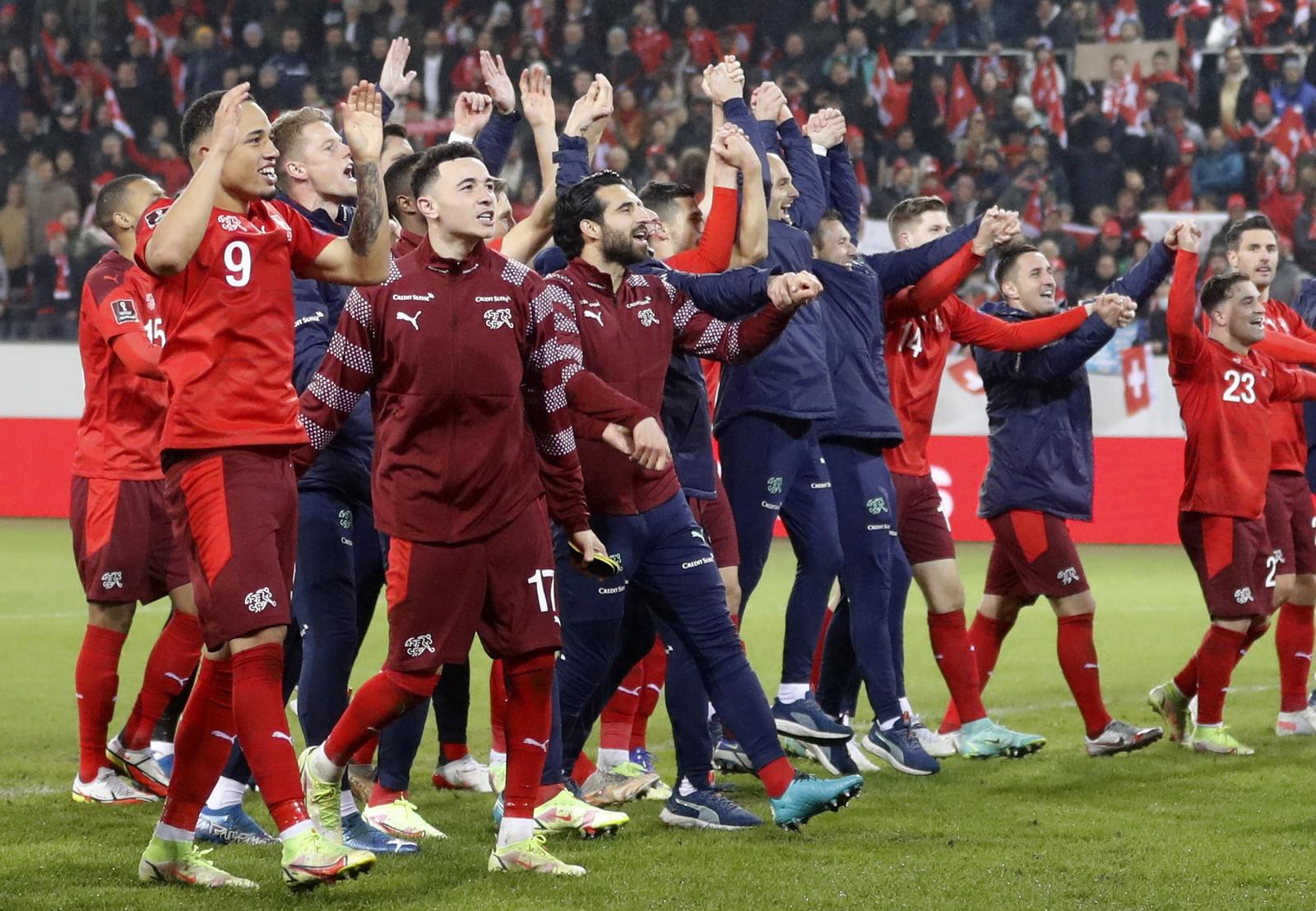 LUCERNE, Switzerland -- Switzerland striker Noah Okafor scored his first international goal as they brushed aside Bulgaria 4-0 to seal a place at next year’s World Cup in Qatar as Group C winners.

Ruben Vargas, Cedric Itten and Remo Freuler were also on target for the hosts as they moved to 18 points from eight matches, two points ahead of European champions Italy.

The Italians were held to a 0-0 draw away to Northern Ireland and must now play in March’s playoffs.

Switzerland qualified for a fifth successive World Cup in some style, having also hit the post twice and had two goals ruled out for offside as they cut through the Bulgarian defence with ease.

It was a special night for Swiss captain Xherdan Shaqiri, who marked his 100th appearance with an excellent performance, getting the ball rolling by setting up the home side’s opener.

“It’s like a dream for me in my 100th game for Switzerland,” an excited Shaqiri told reporters. “I have to pay a big compliment to the team. We believed in it, we went into this match with confidence. Seldom has a day been as beautiful.”

Okafor went close when he struck the post and the ball rolled agonisingly along the goalline before being cleared.

But the 21-year-old was able to score his first international goal when Shaqiri’s cross provided a free header from six yards.

Shaqiri came close to doubling the advantage when he struck the post from close-range.

Mario Gavranovic laid on a pass for Vargas to run onto and the latter blasted the ball into the net to make it 2-0 in the 57th minute.

The home side had two goals ruled out for offside in quick succession, before Itten scored a third, and the rout was complete when Freuler rifled the ball past Bulgaria goalkeeper Ivan Karadzhov from the edge of the box.

“We also have to say thank you to (coach) Murat Yakin,” Shaqiri said. “It was not easy for him to follow in Vladimir Petkovic’s footsteps. He did a great job, the team is in excellent shape. It’s fun to play with this team.

“A lot of players were missing, it would be nice if everyone could have been there ... we’re all going to Qatar together!”