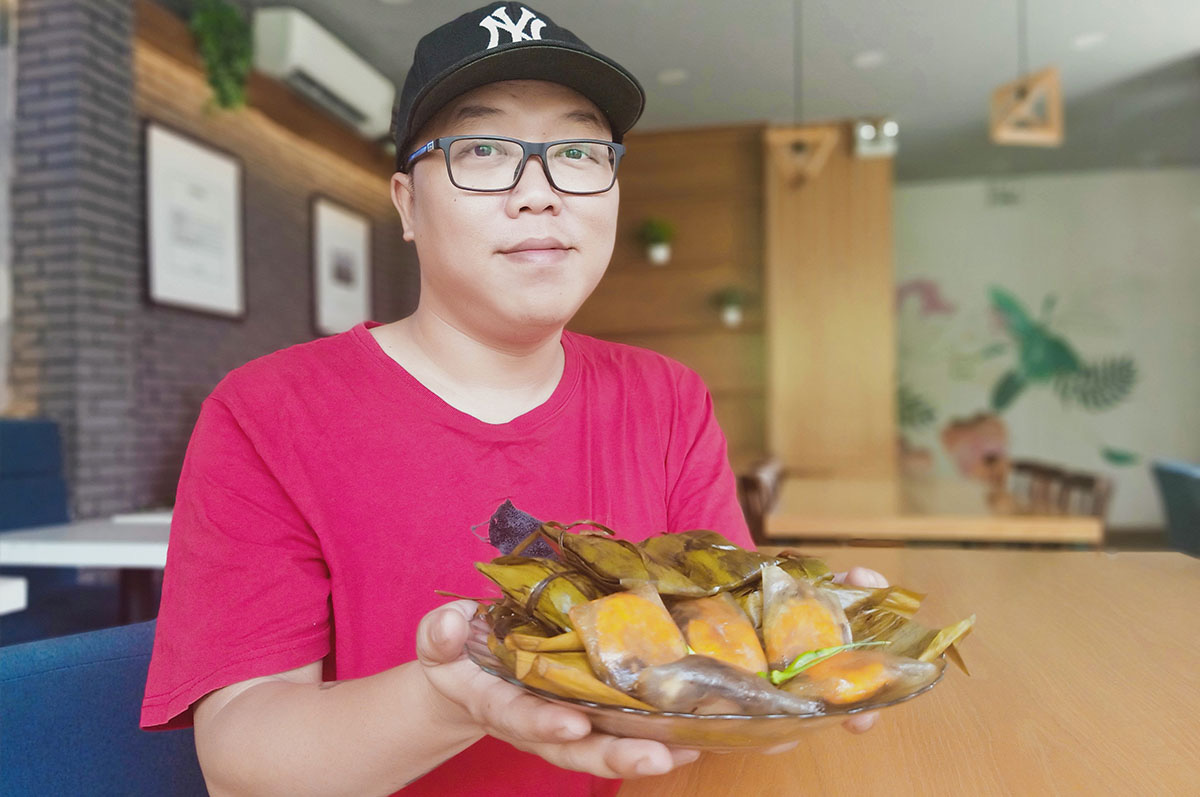 Vietnam man wins over Hue food lovers, one tapioca dumpling at a time

The owner of a culinary company in Vietnam has been hanging tight to his dream of securing a spot for Vietnamese ‘banh bot loc’ (tapioca dumplings) in the global foodie scene.

Once considered a high-class delicacy only meant for Vietnamese royalty, banh bot loc is now a popular snack and appetizer in the central city of Hue, where it is sold pretty much anywhere – from luxurious restaurants to street-side eateries.

Nguyen Duy Vi, director of Bu’s House Culinary Company, spent years scouting Ho Chi Minh City for a restaurant that could match the tapioca dumplings his grandmother used to make but found that the banh bot loc just were not up to par.

“I went to all of the Hue-style restaurants in Ho Chi Minh City but couldn’t find one that sold tapioca dumplings which actually tasted homemade,” Vi explained.

Hoping to bring a taste of his hometown to the city, Vi now runs a kitchen in a small alleyway where he prepares delicious tapioca dumplings to fill delivery and takeaway orders placed through his Facebook page ‘Am thuc nha Bu.’

Vi’s business has come a long way since he first opened it in 2013.

Back then, the waiting list for his dumplings was often two weeks to a month long.

“A huge shrimp placed neatly in the middle of the tapioca wrapping is what makes Vi’s dumplings stand out from those sold elsewhere,” one customer commented on the company’s Facebook page.

“The dumplings are crystal clear, chewy, and have a fair ratio of tapioca wrapping to fillings,” Dung said.

“Once you try them, you’ll become addicted.”

Receiving positive feedback shortly after he first entered the market, Vi decided to scale up his business by hiring staff and seeking out stable suppliers for his ingredients.

However, finding a steady supply of fresh shrimp, personnel management, and convincing customers to pay delivery fees began to arise shortly after the expansion.

“At the time, third-party food delivery services weren’t as widely available as today so I had to carry a part of the [delivery] costs just to keep customers happy,” Vi said.

“We will develop an app to track our business through each of our points of sale in order to help us manage the number of orders we’re receiving and reduce our leftovers,” Vi shared.

Bringing tapioca dumplings to the world

Vi said his initial intention with Bu’s House was to give his mom something to do in her free time that could also bring in a regular income.

However, after six years, Vi now believes Vietnamese food has the potential to win over food lovers beyond Vietnam.

“Bu’s House’s tapioca dumplings have been brought to over 15 countries around the world as gifts or for later consumption,” he said.

The business recently held a successful campaign to raise capital in order to expand its market.

Although keeping details of the deal a secret, Vi said it is enough to kick-start his dream of bringing tapioca dumplings to the world.

The expansion would begin with improving the dumpling making process and diversifying distribution channels, he said.

“Beside tapioca dumplings and Hue sausages, we are going to learn how to produce other traditional Vietnamese snacks as well,” Vi said.

“The second step is opening a Vietnamese restaurant chain with a menu which features restaurant-quality traditional Vietnamese snacks and dishes."

Vi said there are already strategic investors committed to making investments into his business.

“When things go smoothly, I will shift my focus to exporting Vietnamese treats to the international market, particularly ASEAN countries,” he said.