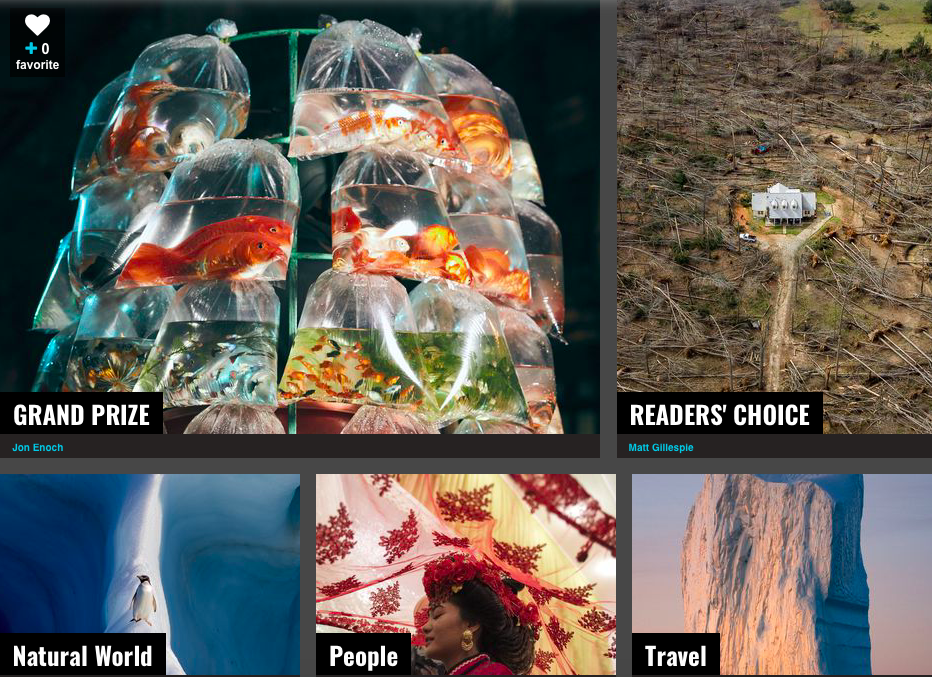 A photo capturing a street hawker selling ornamental fish on a motorbike in Hanoi has won the highest prize of a reputable annual photo contest in the United States.

The competition, in its 17th edition this year, has been organized annually since 2003 by the Smithsonian magazine, which is the official journal published by the Smithsonian Institution, the world’s largest museum, education, and research complex based in Washington, D.C.

The winning photo, titled ‘A fish seller displays his goods,' was taken by British photographer Jon Enoch during his visit to Vietnam in February 2019.

Enoch said he was impressed with bikers in Vietnam who transported heaps of merchandise piled on their motorbikes. He spent a week chasing down riders and their cargo and convincing them to pose for the camera.

His photo of one driver expertly balancing many transparent packages of ornamental fish on the back of his motorbike beat 59 other finalists to win the US$2,500 grand prize of the competition.

“It’s an image that crystallizes a tradition, one that may not exist for much longer,” the editors of the magazine said.

It added, “Hanoi has plans to ban motorbikes by 2030 to cut down on emissions, something that is wonderful for the environment but will certainly change how business gets done.”

The Vietnamese capital city, as well as other metropolises in the country, is often associated with the sight of street vendors riding motorbikes and selling an assortment of items on the street.

The Smithsonian magazine’s photo contest attracted 36,000 entries sent in by photographers from 145 countries and territories to compete in its six categories of Natural World, People, Travel, The American Experience, Altered Images, and Mobile, as well as a Readers’ Choice award.

In the travel category, a photo capturing farmers harvesting and washing water lilies before selling them at the market in Moc Hoa District, located in the Mekong Delta province of Long An, was also included in the list of finalists.

The photo 'Blooming' by Thien Nguyen, capturing a fishing net moving underneath the water surface in the south-central province of Phu Yen, Vietnam, also made this list.