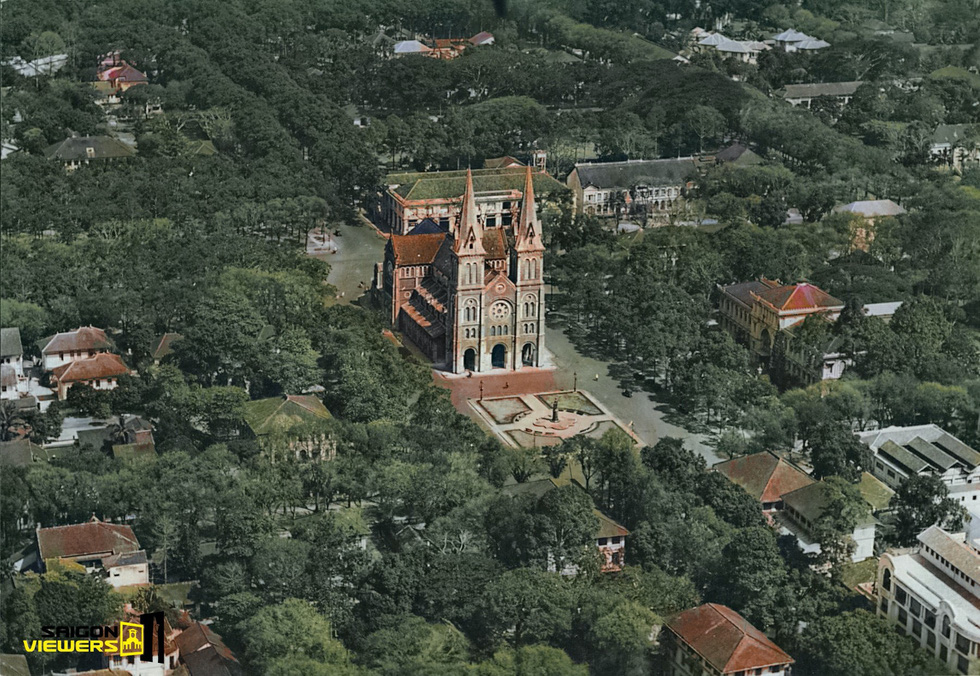 A collection of colorized photos capturing Ho Chi Minh City in the previous century has drawn attention from online citizens for showcasing the city’s abundant green coverage back then.

The photos feature famous landmarks in the southern metropolis 100 years ago, including the Saigon Notre-Dame Basilica, Norodom Palace — the former name of the current-day Reunification Palace — Ben Thanh Market, and the old Saigon Railway Station.

The majority of the original black-and-white photos, which date back to 1920, are believed to have been taken by Léon Ropion, a French official responsible for public works in Saigon at that time.

Only the identity of the photographer who took a photo of the Saigon Notre-Dame Basilica remains unknown.

The original photos were found on image hosting site Flickr by the team behind ‘Saigon Viewers’ — a Facebook page founded in February this year to introduce the public to the urban landscape and economic, cultural, and tourist themes of Saigon in the past and present.

The photos have since received more than 4,100 likes and reactions and over 3,000 shares on Facebook.

In the comment section, many Facebook users expressed their suprise at the thick coverage of trees in the city during the old time and remarked on how the southern metropolis has changed over the years.