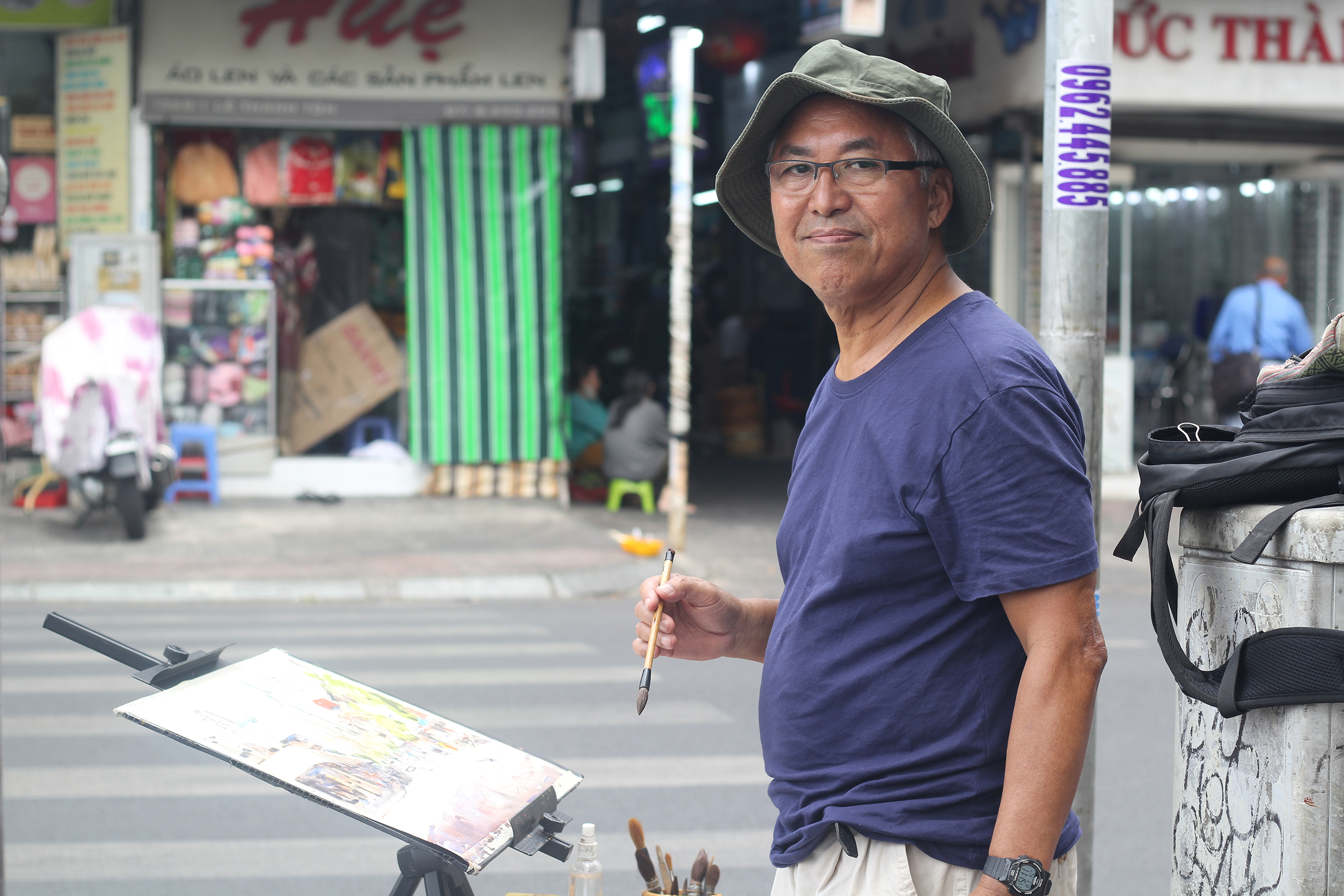 Vincent Monluc and his family left Vietnam to settle down in France in 1964, when he was only 12 years old.

Monluc returned to Vietnam for the first time in 1994 before deciding to move back to his motherland in 2019.

Both his first return and three-year stay in the country since 2019 inspired him with endless creativity, which bore fruit in the form of a collection of 95 paintings.

“I was an animation director in France,” said Monluc.

“When I retired, I decided to move back to Vietnam.

“Three years in my homeland is the time when I really live with paintings.

“I never thought I would be able to spend my days living to the fullest like this.

“This is a dream I have always cherished since my first return to Vietnam.”

That is the reason why the 70-year-old artist named his exhibition 'Giac Mo' (Dream), which was launched on Sunday evening and is scheduled to run until January 20 at Ngo Art Gallery at 21 Vo Truong Toan Street in Thu Duc City, Ho Chi Minh City.

The 95 paintings on display depict Monluc’s experience and observations during his travel across Vietnam, from narrow alleys of Hoi An Ancient Town in the central region, the daily life of the Ede ethnic people, to boats floating off Con Dao Islands in the south.

Vietnamese painter Hua Thanh Binh assessed that Monluc has been successful in expressing his emotions and passion for the country via his paintings from the unique perspectives he found on the roads.

Dr. Ma Thanh Cao, former director of the Ho Chi Minh City Museum of Fine Arts, hailed the Frenchman as an extremely optimistic individual who can find out germs in the criss-crossed system of power lines and the trash-filled canals in Ho Chi Minh City.

“Perhaps, many years later, such things will no longer exist and Vincent is a keeper of these memories,” said Cao at the launching ceremony on Sunday evening.

Monluc said his Vietnamese literacy is an unparalleled advantage in art production as it allows him to understand what all people, like fishmongers, are doing or saying, so he can translate them into the art language.

“Be it the noisy streets, the street vendors, or the charity cooks, all can make me full of emotions,” Monluc said.

“I always find everything special.

“I admire my home country by drawing."

Below are some paintings by Vincent Monluc: