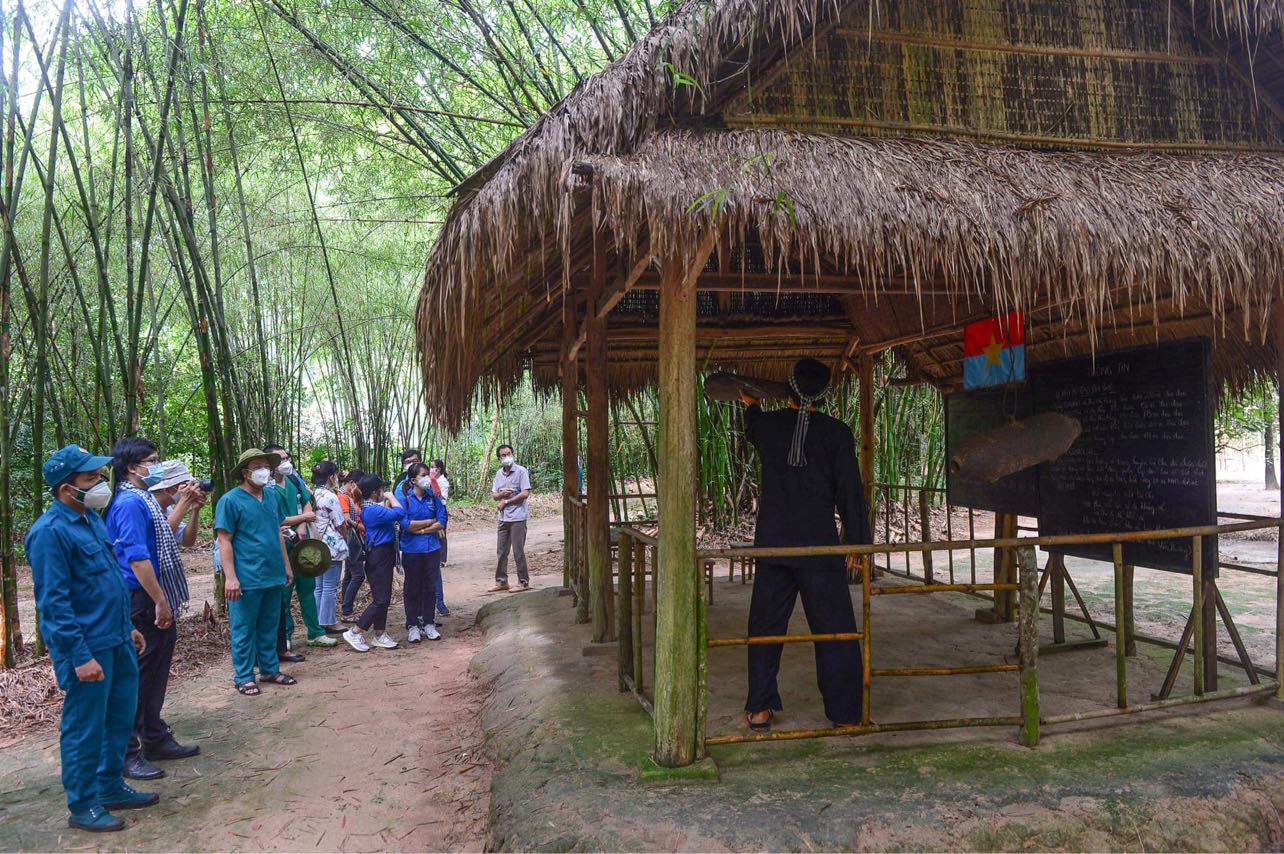 Cu Chi and Can Gio, two low-risk districts in Ho Chi Minh City, on Sunday welcomed their first tourists in months after COVID-19 brought the city’s tourism to a halt.

The tours were aimed at introducing the history, culture, craft villages, and natural landscapes of these districts to the special tourists who were 227 medical workers from other localities that had come to assist the city in the fight against COVID-19 over the past three months.

All participants had been fully vaccinated and tested for COVID-19 before departing.

A tour to Can Gio entitled 'Can Gio – Beautiful Nature,' which was piloted by the Ho Chi Minh City Department of Tourism in collaboration with the Can Gio District People’s Committee and tour operator Saigontourist, took 119 medical workers to the district’s famous destinations including Monkey Island, Rung Sac Revolutionary Base, Dan Xay Mangrove Park, Dam Doi (Bat Lagoon), and Vam Sat Ecopark.

Doctor Khuat Van Manh from a general hospital in the northern province of Ha Giang’s Xin Man District said the trip brought him some fresh air after two months in Ho Chi Minh City with a stressful daily routine between his hotel and hospital.

“I only hope that the city can get rid of the pandemic soon so we can travel freely,” he told Tuoi Tre (Youth) newspaper.

Doctor Nguyen Van Toan, who led a medical team from the north-central province of Thanh Hoa, said that visiting Rung Sac Revolutionary Base, which he had only known from history classes, helped him better understand how resilient the older generation was for what the people have today.

According to deputy secretary of the Ho Chi Minh City Party Committee Nguyen Ho Hai, through these tours to Cu Chi and Can Gio, the citizens want to express their gratitude to the medical workers who have put their all effort to assist the southern city in driving back the pandemic during the past 100 days.