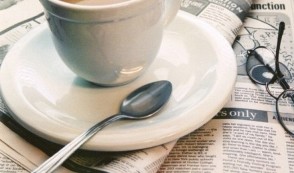 - Locals who travelled and live in a neighborhood in southern Dong Nai Province’s Thong Nhat District along the National Highway No. 1 panicked when seeing over 100 snakes of different species crawling across the highway on Saturday afternoon. Witnesses said they earlier saw three men getting down from a car and unpacking three sacks as if they were pouring out the contents.

-  A 27-year-old man, who was arrested at a rented room in Ho Chi Minh City’s Binh Tan District on Saturday morning, admitted to brutally stabbing and strangling four victims to death to rob them of their motorbikes and some other assets within four months. His latest victim is the owner of a vegetarian food shop in Vung Tau City, some 125 kilometers from HCMC, who was found dead in his own house on early Monday morning.

- A local official in northern Thanh Hoa Province on Saturday confirmed that four dog thieves were clubbed by locals on Friday after they were caught red-handed stealing dogs and fighting back with their home-made guns. The clubbing killed two and critically injured the two others.

- At a Saturday awards presentation ceremony on ASEAN’s favorite brands, chair of the Vietnam Quality Association of HCMC stressed the country’s entry into ASEAN Economic Cooperation (AEC) next year would bring about numerous opportunities as well as challenges to local businesses. This calls for local businesses’ greater efforts to improve their product and service quality.

- Thailand has become this year’s champion after the dramatic return leg of the AFF Suzuki Cup 2014 final with Malaysia on Saturday night.

- State President Truong Tan Sang attended a Saturday ceremony to start work on the 76-hectare Vietnam-Japan University under the Vietnam National University- Hanoi. The estimated investment for the university is around US$365 million, including more than $200 million in official development aid from the Japanese government, and approximately $100 million from Japanese enterprises and organizations. Vietnam-Japan University is constructed in Hoa Lac High-Tech Park to the west of Hanoi.