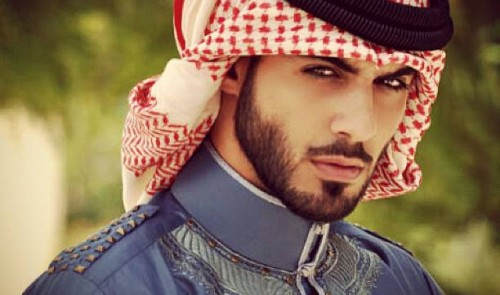 Man "deported for being too handsome" to strut with local fans

Fans of Omar Borkan Al Gala, one of three men expelled from Saudi Arabia in April “for being too handsome”, will have the chance to strut with him during his trip to Vietnam next month.

A casting session titled “Walk with Omar” will be held at 1pm on September 1 in Ho Chi Minh City to find 40 young man and women to join Omar and professional models in a catwalk performance at the show “Ket Noi Uoc Mo” (Linking dreams), to be held at the Military Zone 7 Stadium on September 13.

Interested participants, who must be at least 1.75 meters tall (men) and 1.6 meters tall (women), can apply at buoccungomar@gmail.com. Necessary information includes personal details, a phone number and a photo.

The casting will be organized at District 10’s Ward 10 Cultural House at 545 Le Hong Phong Street. Participants who take part will receive a free ticket to the show. The candidate with the face which is most similar to Omar’s will also be picked up to join him at an interactive session with Vietnamese fans.

In addition, an auction for a dinner with Omar will also be held. Money raised will be donated to a charity program.

In April this year, Omar Borkan and two of his handsome friends, all three of whom are from the United Arab Emirates (UAE), were ousted from a festival in Saudi Arabia for being too good looking and acting as a potential distraction to women in the country.