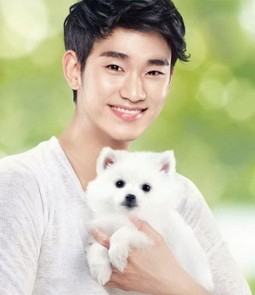 Famed Korean actor Kim Soo Hyun is set to take part in environmental protection activities in Vietnam on Apr 21 and 22.

According to Beyond Cosmetics Co., where Kim acts as a representative, he will arrive at Tan Son Nhat airport in Ho Chi Minh on the evening of Apr 21.

The following day, the actor is set to join activities at White Palace on Tan Binh district’s Hoang Van Thu street to mark the Earth Day 2014, which focuses on green cities to create a sustainable, healthy environment by greening communities worldwide.

He will also take part in several activities of the “Save animals save nature” campaign along with holding exchanges with local fans.

Kim will leave Vietnam on Apr 22 evening for Hongkong, the next destination in his Asian tour to promote the campaign.

Kim Soo Hyun, 26, entered the South Korean showbiz in 2007 with his appearance in the TV drama “Kimchi cheese Smile”.

He gradually made his name with roles in other TV dramas and films including “Dream high” and “The moon embracing the sun”.

Kim’s recent role in “Man from the stars”, aired in Korea in late 2013, has catapulted him to stardom. He’s now one of the country’s hottest actors.

The young actor has a huge number of fans in Korea as well as many other Asian countries.

Kim’s drama “Man from the stars” has been watched online by 2.5 billion people in China alone, and also enjoys the highest number of online viewers compared to other Korean dramas during the first few months of 2014 in Vietnam.