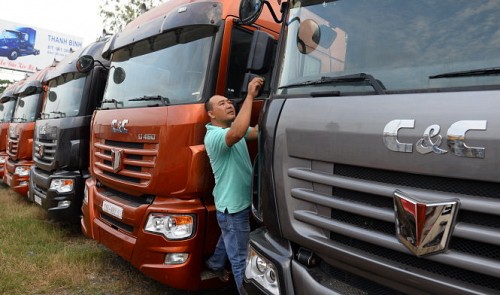 Vietnam spent over US$9 billion on Chinese machinery and equipment last year, up 15.4 percent year on year, according to the General Department of Vietnam Customs.

The money the Southeast Asian country spent on Chinese machinery and equipment made up 18.2 percent of total imports of Chinese goods last year, the largest sector out of 45, the general department said.

In 2015, China continued to be the largest trading partner of Vietnam with the total value of imports amounting to over $49.5 billion, a 13.8 percent year-on-year rise.

The 2015 figures have made China the biggest exporter of machinery and equipment to Vietnam, a position the neighboring country has held for many years after surpassing Japan and South Korea, the customs department said.

The value of this group of Chinese goods accounted for 30 percent of total imports of machinery and equipment from Vietnam’s trading partners worldwide.

The import value of machinery and equipment in 2015 increased 23 percent compared with a year ago, a signal that business and production activities of Vietnamese enterprises began to accelerate.

The group of machinery-equipment was followed by telephone-components ($6.9 billion), computers-electronic products and fabrics (over $ 5.2 billion).

Moreover, Vietnam also spent more than $4 billion importing 9.6 million metric tons of iron and steel from China, accounting for over half the money Vietnam paid for imported iron and steel worldwide in 2015.

If automotive parts and components were included, the money spent on finished vehicles and parts from China would reach $1.7 billion.