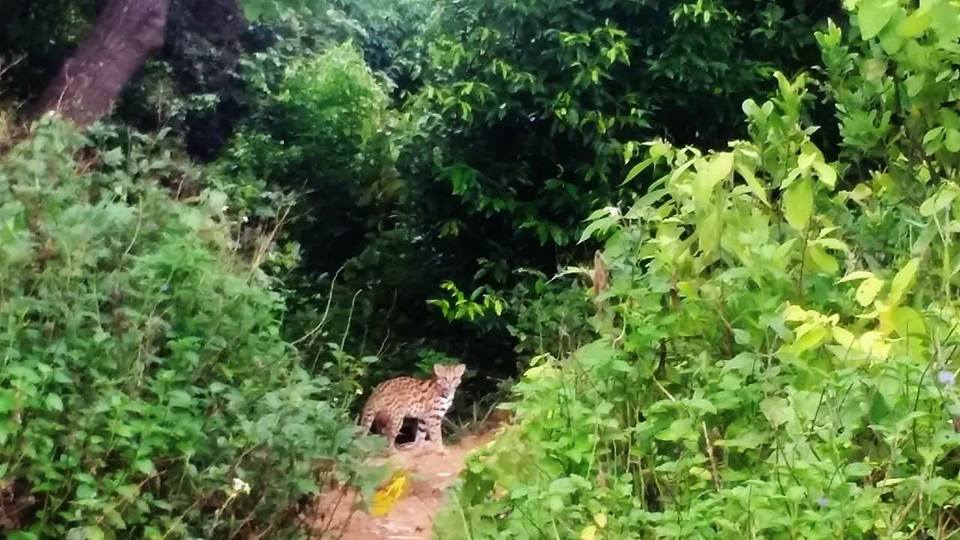 An amateur wildlife photographer might have photographed a rare wildcat on Son Tra peninsula in Da Nang City.

While the sighting could not be confirmed as the photos were taken quickly on a phone camera and are considered to be of low-quality, according to the photographer Le Phuoc Chin, he caught sight of the animal lurking behind the bushes at the foot of Son Tra one morning.

Reluctant to leave the scene to get his camera, which was inside his car, Chin decided to snap a few photos of the animal with his phone.

“To be honest, I could sense that it was watching me cautiously from afar, and I was too thrilled by the sight of it to think straight,” Chin said. “That’s why I took the photos with my phone instead of taking the time to set up my gear.”

The photos were uploaded to Chin’s personal Facebook page on July 14, with friends congratulating him on his luck.

According to Chin, this was the first time in his two years of photographing wildlife on the central peninsula that he had been able to capture photos of such a rare animal.

He has become popular among Son Tra lovers for his collection of photos of the inhabitants of the peninsula, as well as his investigative pictures of illegally constructed buildings there.

With his revelations of the possible existence of a wildcat population on Son Tra, Chin said the discovery proved once again that the peninsula was home to an immensely diverse animal resource.

Over his two years of exploring Son Tra’s wildlife, Chin said he had caught sight of a number of animals including wild boars, junglefowls and small Asian mongooses.