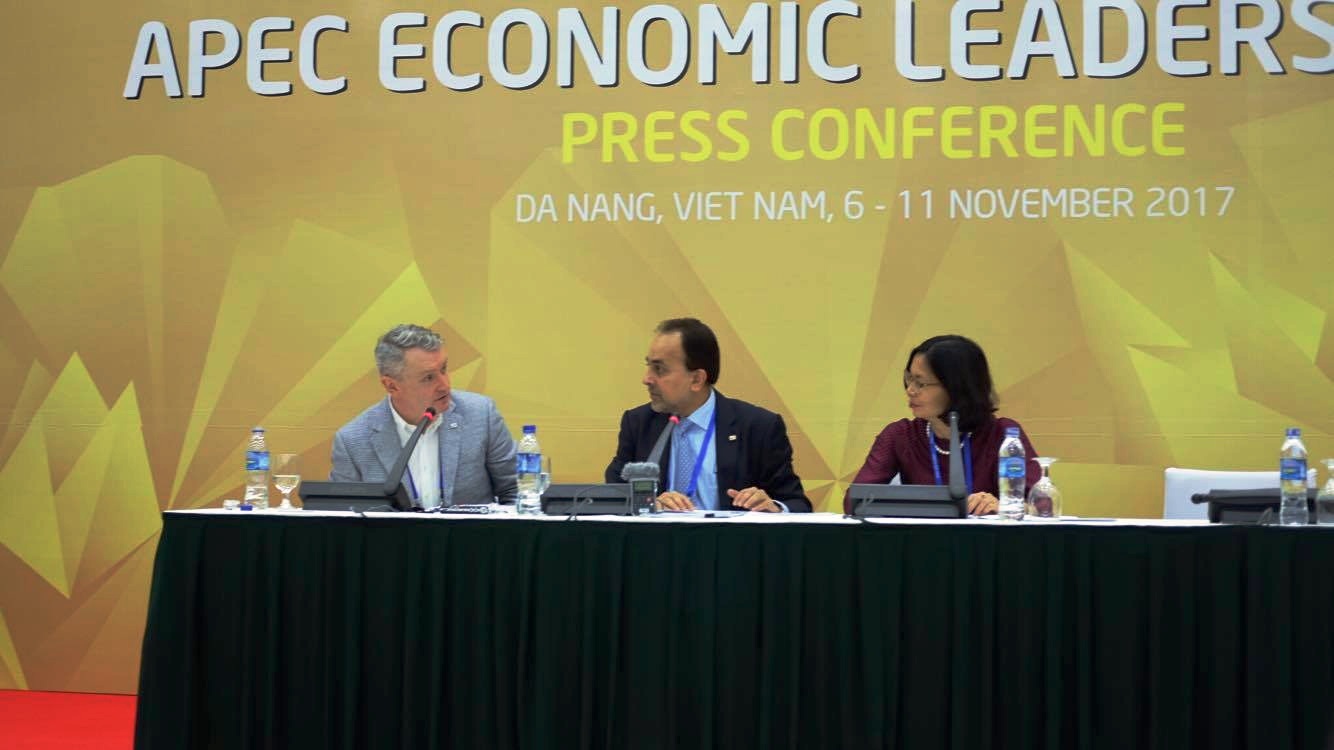 Vietnam is also one of the biggest domestic investment winners among APEC economies, according to PwC

Asia-Pacific business leaders’ confidence has hit a three-year high, while Vietnam has emerged as a popular destination for new funds among members of the Asia-Pacific Economic Cooperation (APEC), a PwC survey finds.

Thirty-seven percent of APEC CEOs are “very confident” of revenue growth during the next 12 months, up from 28 percent in 2016 despite trade policy uncertainty and related political tensions in many of the economies that make up APEC, according to findings from the APEC 2017 CEO survey.

The survey’s main points were announced in a press conference held during the APEC Leaders’ Week in the central city of Da Nang on Wednesday.

PwC surveyed 1,412 APEC business leaders with responsibility in each of the 21 APEC economies from May to July 2017, prior to the annual APEC CEO Summit, which is taking place from November 8 to 10 as part of the APEC summit in Da Nang.

In the next year, a net 50 percent of businesses surveyed by PwC will shore up their global investments, including those outside the APEC region, up from 43 percent last year, as APEC businesses increase their foothold and influence on the global economy.

In the meantime, 71 percent of those surveyed who are raising investment will direct those increases into APEC economies in 2018, and 63 percent of all APEC CEOs expect their broader global footprint to expand over the next three years.

“The biggest domestic investment winners will be Vietnam, Russia, the Philippines, Indonesia and Malaysia,” the survey reads.

The PwC survey suggests that Vietnam is the top APEC target for business leaders’ overseas investment, followed by China, Indonesia, the U.S. and Thailand.

“Business leaders’ confidence suggests they are not waiting for the fog of uncertainty to clear to push ahead with investment plans,” Bob Moritz, PwC Global chairman, commented.

“In the short term this will drive momentum for APEC, increasing its global influence and supporting deals activity with 71 percent of CEOs expecting to rely more on business partnerships or joint ventures in the future.”

Dinh Thi Quynh Van, PwC Vietnam general director, said that it is not surprising that confidence levels are high among business leaders in Vietnam, as close to half (47 percent) of foreign business investors in the country plan to hike their investments in Vietnam over the next 12 months.

The survey also points out that automation is a key recurring theme in strategies for building the workforce of the future.

For ASEAN businesses, automation is high on the agenda, considered the key building block in their strategy to develop a digital workforce.

However, the survey notes, skill gaps are a top concern, with 26 percent of CEOs in Vietnam saying they are less confident today than they were a year ago that they can secure the talent and skills needed to compete on a global level.

Asked if this contradicts the outlook that Vietnam is the top investment target among APEC economies, Van, the PwC Vietnam general director, said the business leaders’ confidence stemmed from expectations for Vietnam’s potential in the long term, from ten to 20 years, not just the next few years.

Van said while Vietnam has yet to have many skilled laborers, the Southeast Asian country’s investment in workforce training over the last few years was higher than regional countries.

Moreover, the PwC Vietnam general director added, international businesses also begin training their own workforce before starting operations in Vietnam. One good example, Van said, is Samsung, which started from a production complex with 40,000 workers in Vietnam to massive investment with more than 200,000 laborers.

“And we cannot say these Samsung laborers have basic skills, not to mention the company also has a research and development center in Vietnam,” Van said, adding that many other international businesses are willing to help Vietnam with the workforce training.

Many businesses have said they will ‘take the lead’ in the retraining and reskilling efforts for their workforce, enabling them to update their skills in the time of automation, a trend which Sridharan Nair, territory senior partner for PwC Malaysia and Vietnam, said is a good sign.

“Businesses used to think that this is none of their business and the job of governments, but they now know that if they do not address these challenges, things will get tough for them,” he said.

PwC is a network of firms in 158 countries with more than 236,000 people who are committed to delivering quality in assurance, advisory and tax services.