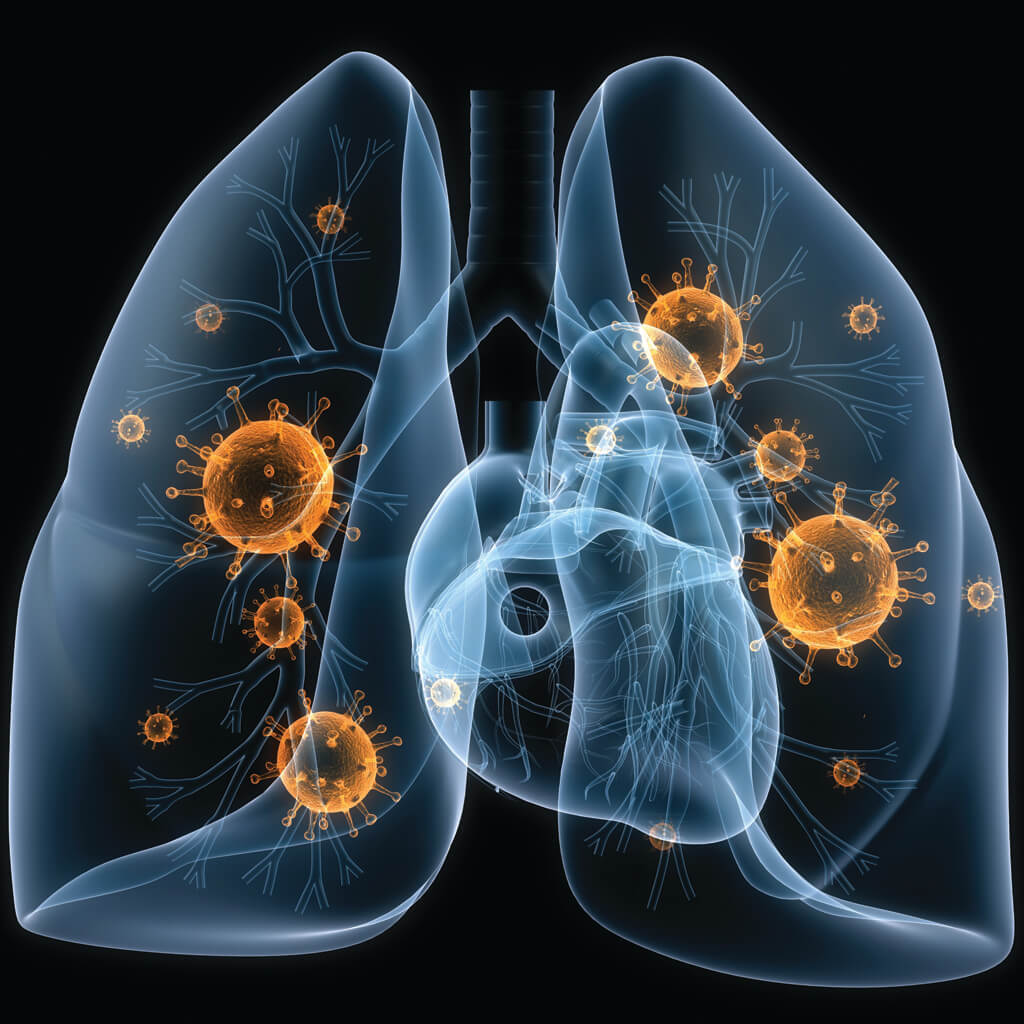 The fight against lung cancer is told after 20 years

Once a victim of an acute cancer, P.T.N.T., 67, is now a healthy and hard-working woman.

T. is the devoted owner of a jelly candy business selling handmade sweets to customers in and out of Vietnam.

She is still passionate about making jelly candy and designing new shapes to make her sweets more appealing.

Nobody would suspect this hard-working and life-loving woman is a survivor of an acute lung cancer thanks to her cheerful yet professional look.

She, living in Ho Chi Minh City, was diagnosed with small cell lung cancer, a rare and highly fatal cancer with rapid progression, over 20 years ago, when she just began learning how to make jelly candy.

T. was admitted to hospital in a critical condition, with pleural and pericardial effusion and shortage of breath.

Unable to sit up, she had to lie down on bed for four months.

Doctors then said she could only live for another four years at best.

Her family was told to prepare for her funeral after her first chemotherapy round.

The power of love

T. did not quit despite getting tired from chemo sessions and having to lie down all day.

She was worried about her budding business as she had not yet entrusted it to anyone.

She had to finish what she had started.

Her biggest motivation, however, came from her boyfriend, her companion throughout the harsh time when she got admitted.

“I didn’t marry him, yet my boyfriend was always there for me, right from the moment I got diagnosed up until the day he passed away,” T. recalled.

“He might not be my husband, but he was more than my family. He took care of my business in the day and took care of me at night. He even slept in the hospital hallway to make sure that I was still okay.

“He had my meals prepared every day. He also caringly inquired my conditions from the doctors.

“He held my hands tight and lovingly looked into my eyes whenever I inclined to give up, telling me to hold on to my dear life irrespective of what might come.

“There, I found my motivation. He gave me the reason to live on.”

Her companion gave all he could to support, to encourage, and to endear her through the harshest time.

That was when T. realized how lucky she was to have such a caring partner by her side.

The power of will

“I believe that the best weapon against acute cancer is your will,” T. said.

“Thanks to sheer willpower, I could fight off the disease and became a survivor as I am today.

“So don’t be afraid. Once you’re feeling down, your health will spiral and the battle is lost.

“My relatives had given great support and taken great care of me, not to mention my companion, a devoted person who was always there when I needed.

“They made me realize I have to fight back, because this beautiful and meaningful life is worth fighting for.”

Dr. Diep Bao Tuan, deputy director of the Ho Chi Minh City Oncology Hospital, commented: “I have never witnessed such extraordinary display of willpower from severely ill patients during my 20 years of working in this hospital.”

“She suffered from hair loss, vomiting, and fatigue after every session, yet she still managed to get herself to eat something so that she could go for another chemo round,” Dr. Tuan said.

“She displayed unwavering willpower and an absolute commitment to treatment procedures.

“The support and care from her relatives also played a decisive role in her recovery.

“Her health began to stabilize and she showed no sign of relapse after three years of treatment [from 1993 to 1996].”

T. still amazes the doctors upon her regular health checks for being a survivor of small cell lung cancer.

She has been even visited and documented by a few doctors from the U.S. for her case.

She managed to do the unthinkable, and now leads a happy life she deserves.

Thanks to the love and support of her family and her partner, she can now continue the career she has always wished for.