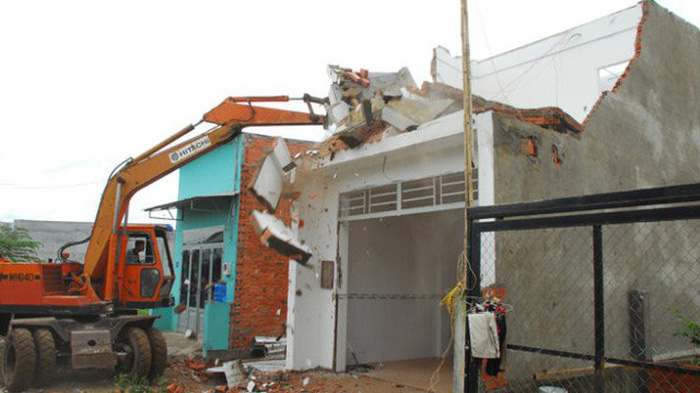 The government of a suburban district in Ho Chi Minh City has been criticized for letting hundreds of houses be illegally erected with impunity in the area since 2016.

Around 422 private home buildings in Binh Chanh District received no official approval for construction, 400 of which failed to meet requirements to be granted a license, according to a recent inspection report by the municipal Department of Construction.

The department additionally found that out of 114 cases where the Binh Chanh authorities booked unlicensed houses for financial penalties, only 33 paid the fines.

The local government failed to implement 94 out of 105 decisions which forced owners of illegal buildings to handle adverse consequences from their construction, the report added.

This implies that the local enforcement of punishment was weak.

The department likewise pointed out signs of laxity in management which led to other negative results that have been difficult to deal with during the past few years.

The Ho Chi Minh City administration has reprimanded the Binh Chanh regulators and wanted a punishment to be imposed on those officials held accountable for the negligence during the period.

It required all the remaining penalties to be implemented and the unlicensed houses to be demolished in this year’s third quarter.