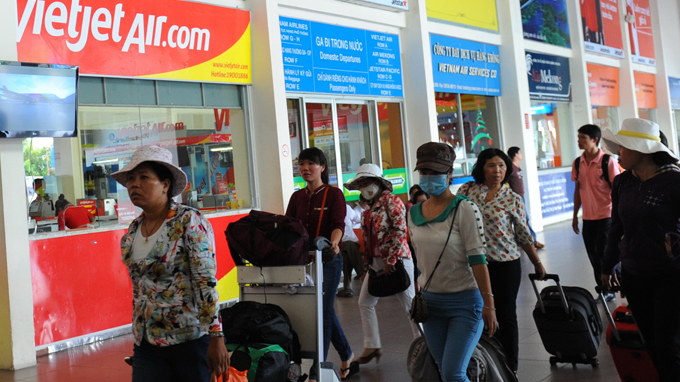 Vietnamese budget carrier VietJet Air (VJA)  is ready to execute its US$9 billion worth plan to buy as many as 92 Airbus aircrafts by signing a cooperation agreement with two Chinese lenders.

Accordingly, China Construction Bank (CCB) and CCB Financial Leasing Corp Ltd (CCBFL) have agreed to provide VJA with necessary financial aid to buy aircrafts, engines and other aviation supplies, which is considered the first step for the local budget carrier to realize its $9 ambitious plan.

The new aircrafts will be delivered starting from 2014 in order to serve VJA development plans for offering charter flights and building a new modern fleet in the Asia Pacific region.

In September this year, VJA signed a memorandum of understanding (MoU) with the France-based aircraft manufacturer Airbus for an order of 100 aircraft which will be delivered from 2014 to 2022, eight of which will be leased by Airbus to VJA.

Regarding the question that if the purchase of100 aircraft for the budget carrier, which has been in operation for less than 2 years, is too much, VJA Managing Director Luu Duc Khanh, who directly involves in the deal, told Tuoi Tre that VJA needed 5 to 10 aircrafts each year for its growth plan.

“At the beginning, VJA started the operation with only 3 aircraft, but the number then rose to 10 in less than 2 years. Though the economy has recovered yet, we found that the demands for aviation transport for both Vietnamese and foreign traveler transport still increases.”

“Our next objective is to increase domestic flights to Buon Me Thuot and Can Tho as travelers, especially foreigners, often need connecting flights to go to other locations.”

“The contract we signed with Airbus is valid for 8 years. Even if VJA starts to join hands with our foreign partners, the amount of new Airbus planes is still not enough as each year we need around 10 aircraft,” Khanh said, adding that VJA wants to become a multinational corporation and expand to overseas markets.

“In the near future, the cooperation with Kan Air requires us to have at least 3 to 5 aircraft each year. In 2014, VJA will invest in two new carriers which will be in Myanmar and a carrier in Northeast Asian region. We also plan to borrow more aircraft.”

Regarding the disbursement of the $9 billion contract, he said VJA officially bought 62 and chartered 8 aircrafts, while the rest 30 aircrafts will be bought later.

“We just have to make sure that our financial plan is stable before signing the contract. Though it was only a MoU, we still have to transfer a large amount of money in advance following the agreement and start receiving the aircraft next year.”

“Bank loan is just one out of many other funding sources that support us to buy aircraft. Our main fund came from foreign organizations. Other sources include bonds issuing and the launch of our IPO in the next 18 to 42 months.”

“During the negotiation phase, Airbus representative had enough time to study VJA operations, business planning, strategy development, business value and the financial statements. They also researched about Vietnamese market, the number of foreign travelers coming to Vietnam and the country's economic development.”

“The local aviation market is really potential. Our domestic market is growing by double digits. Especially, the budget carrier segment accounts half of the local market share. Vietnam has approximately 1 airliners for every 1 million people in its population, compared with 7 ones in Malaysia, 1.4 ones in Philippines and 2.5 ones in Thailand.”