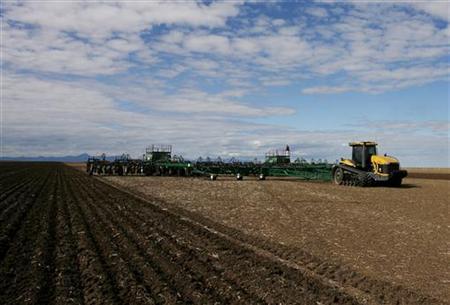 Japan’s Sumitomo Corporation, which exports some 100,000 tons of wheat supplied by a Melbourne-based subsidiary to Vietnam annually, has announced plans to penetrate further into the Southeast Asian flour processing market by setting up a multi-million-dollar mill outside its southern hub.

The mill will operate under a joint-venture agreement the Japanese trading house has sealed with CJ Cheiljedang, one of Korea's biggest flour millers.

This was reported in a statement released Monday by Emerald Grain, an Australian grain trading company entirely owned by Sumitomo.

The mill broke ground in late February and is expected to commence operations by May 2015, Vietnamese-language economic news website Saigon Times Online reported, adding that it is capable of manufacturing 150,000 tons of wheat flour per year for Vietnam and Cambodia.

The facility, named CJ-SC Global Milling and located in Ba Ria – Vung Tau Province, over 100km east of Ho Chi Minh City, is worth US$44 million and will be equipped with the latest flour processing technology from CJ Cheiljedang, according to the news website.

Sumitomo has a 49 percent share in the facility, Emerald Grain reported.

Vietnam currently imports around 2.5 million tons of wheat per year, mainly for bread and noodle manufacturing, it said.

The Australian company also said it already exports close to 100,000 tons of wheat to Vietnam annually through Sumitomo.

“This mill is part of Sumitomo Corporation’s plan to build integrated supply chains across Asia and provide new pathways for Australian grain into the market.”

Sumitomo will target wheat from West Australian growers to supply the new flour mill in Vietnam while it “has not ruled out investing in local port infrastructure,” The West Australian said in its Monday report.

CJ Group first arrived in Vietnam in 1996 and is operating in a wide range of sectors in the Southeast Asian country, ranging from home shopping and cinema operation to logistics and food processing, while multi-faceted Sumitomo has invested in some 20 projects in Vietnam, according to Saigon Times Online.