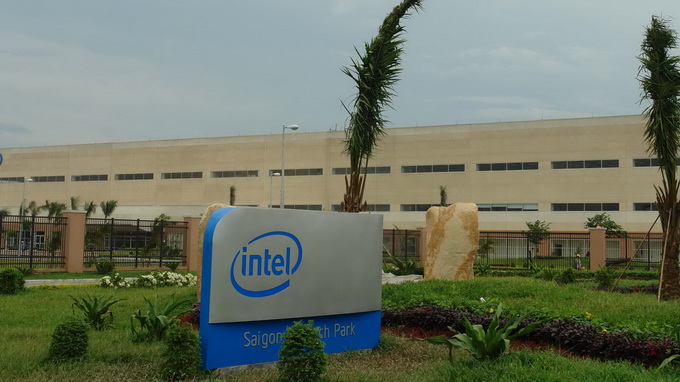 The installation is part of Intel’s effort to expand the production of its flagship products in the Southeast Asian country, Intel Products Vietnam CEO Sherry Boger told a semiconductor chip-themed seminar in Ho Chi Minh City.

The new production line is slated to begin operations this month, the chief executive said.

The Intel Products Vietnam plant is located at the Saigon Hi-Tech Park (SHTP) in District 9.

The Vietnamese plant is making two of Intel’s flagship products, the SOC (system on a chip), used for tablets and smartphones; and the Haswell CPU, four years after the chip-making titan began its operations at the SHTP.

Intel Products Vietnam has more than 1,000 local employees, and the CEO has spoken highly of their ability to acquire and integrate new knowledge and technology.

The abilities of the Vietnamese employees to adapt to Intel technologies are great and meet the expectations of the chipmaker, Boger told Tuoi Tre (Youth) newspaper on the sidelines of the celebration ceremony on July 29.

Boger said in the same talk that 80 percent of the semiconductor chips used in computers around the world will be made by Intel’s Vietnam plant by around July 2015.

The Vietnam manufacturing site is the largest overseas facility operated by Intel, Boger said in a statement in July. It is three times the size of a normal Intel assembly and test plant, and double the size of the company's Malaysian plant.

In January 2006, Intel Corp first announced a USS$300 million plan to set up assembly and test facilities in Vietnam. The total registered investment was increased to $1 billion ten months later.

As of the end of July, the chipmaker already disbursed $450 million into its Vietnamese operations, nearly 50 percent of the registered capital, according to statistics obtained by Tuoi Tre.