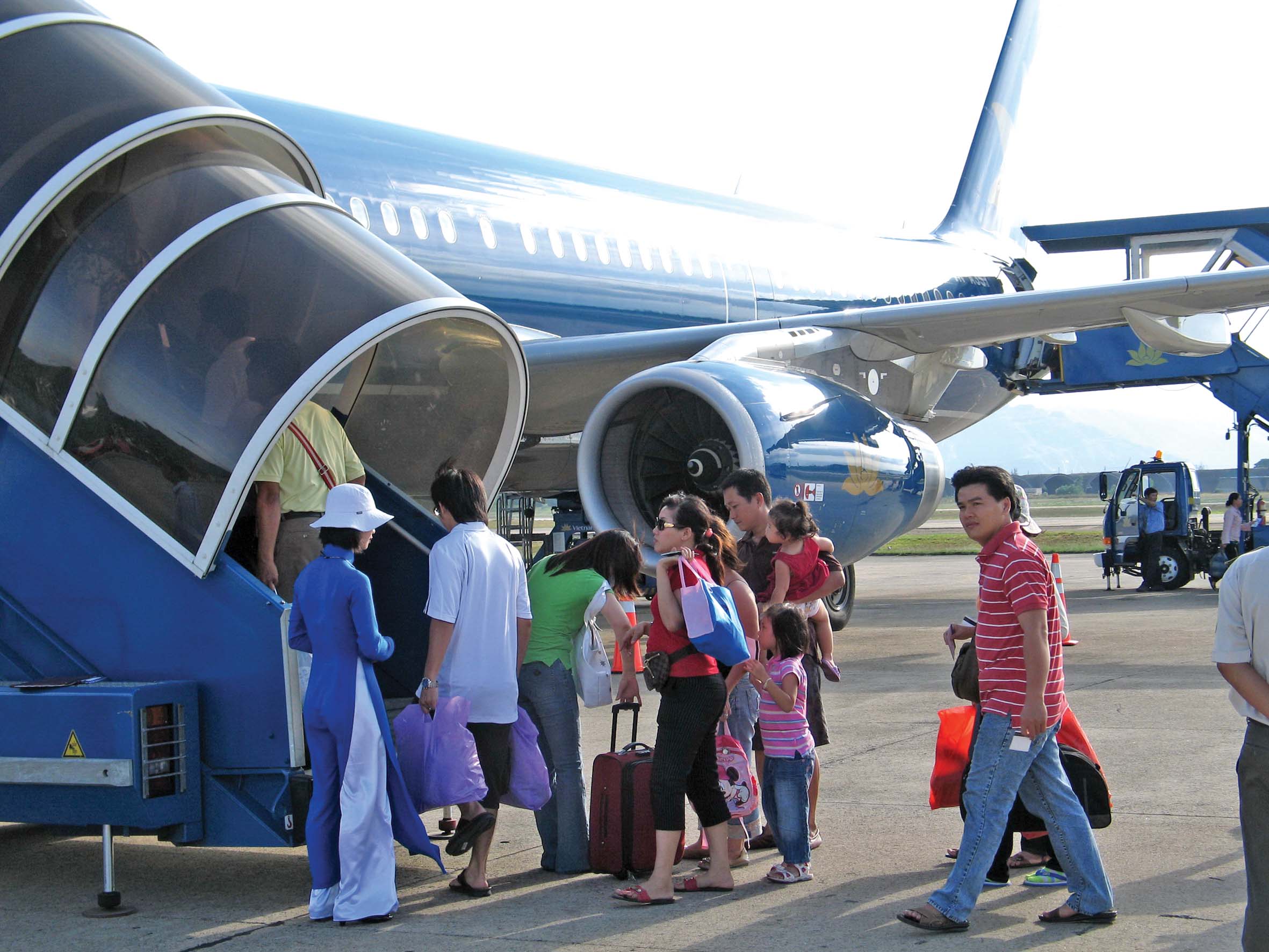 National flag carrier Vietnam Airlines (VNA) has requested that aviation authorities block its Vietnamese pilots from working for other airlines after they showed signs of a collective slowdown to protest low salaries.

VNA is also urging the Civil Aviation Authority of Vietnam (CAAV) and the Ministry of Transport to intervene in the hiring of other local carriers.

The flag carrier said its pilots reported sick 117 times between December 30 and January 4.

The phenomenon can be considered a collective slowdown, according to VNA’s Resolution No. 09 dating back to January 6, 2014 and signed by Pham Viet Thanh, chairman of its board of directors.

The issue began in October 2014 with dozens of pilots under the 919 Flight Crew Division filing resignation letters.

This disturbed VNA’s flight schedule, and even threatened flight safety, according to VNA reports sent to state agencies as well as the media.

So the board members of VNA recommended that state agencies only approve the fleet expansion of domestic airlines or licenses for operations when its local competitors are fully prepared regarding such resources as pilots, engineers, aircraft, executive aircraft operators, and flight attendants.

In addition, CAAV should not allow local carriers to attract, persuade or transfer specialized and well-trained laborers between airlines in Vietnam during the period between now and the end of 2020, pending new rules to be introduced by relevant authorities.

The authority is also advised not to license or give flight certificates for pilots, flight engineers, and aircraft operators of domestic airlines who voluntarily quit their job at one to work for another airline, the state-owned carrier said.

The Ministry of Transport issued a directive on ensuring human resources at VNA on January 7 to tackle the apparent slowdown with many highly technical staff quitting their jobs there to work for other airlines.

In the directive, Minister of Transport Dinh La Thang asked VNA to review and implement a wage regime to increase the income of the high-tech labor force, accompanied by different preferential treatments.

This must be completed in the first quarter of 2015, said the directive.

Salary concerns dating back to 2010

In fact, the first sign of such a problem emerged at the 919 division in 2010 with a number of flight crew requesting meetings with the leaders of VNA over questions about salary.

The main question was why the salaries for Vietnamese pilots were so much lower than those for foreign ones, given equivalent capacity and responsibility.

The answer given by VNA was that the airline did not need to pay for training when hiring foreign pilots while it had to cover the cost on employing their local counterparts.

According to statistics, the total number of local pilots of VNA is about 600, meeting nearly 70 percent of its demand for flight crew.

Regarding the salary for VNA’s pilots, Pham Ngoc Minh, its general director, told Phap Luat on Monday that their average income is about VND200 million (US$9,320) per month, higher than the wages of university professors and workers in other sectors in Vietnam.

VNA is a state-run carrier, which operates for the nation’s sake, he added.

The carrier pays foreign pilots $8,000-13,000 a month, according to statistics by VietNamNet newswire.

A pilot told VietNamNet that when comparing the basic salary of a VNA pilot with other airlines in the country, there is a big difference.

He elaborated that in the same position of A321 captain, a local pilot at other domestic carriers is paid about VND160 million ($7,456) per month (after taxes).

Even within the team of VNA pilots, there is a disparity in income between Vietnamese and foreign pilots, he told the newswire.

As announced by VNA before their IPO in November last year, the average salary for Vietnamese pilots was VND74.8 million (US$3,486) per month, while that for flight attendants was VND18.7 million ($871) per month.

Meanwhile, many pilots told Phap Luat (Law) newspaper that they have to work 23 days per month with a monthly salary of $2,500, while their colleagues at private carrier VietJet Air earn $7,500 for a 15-day working period.