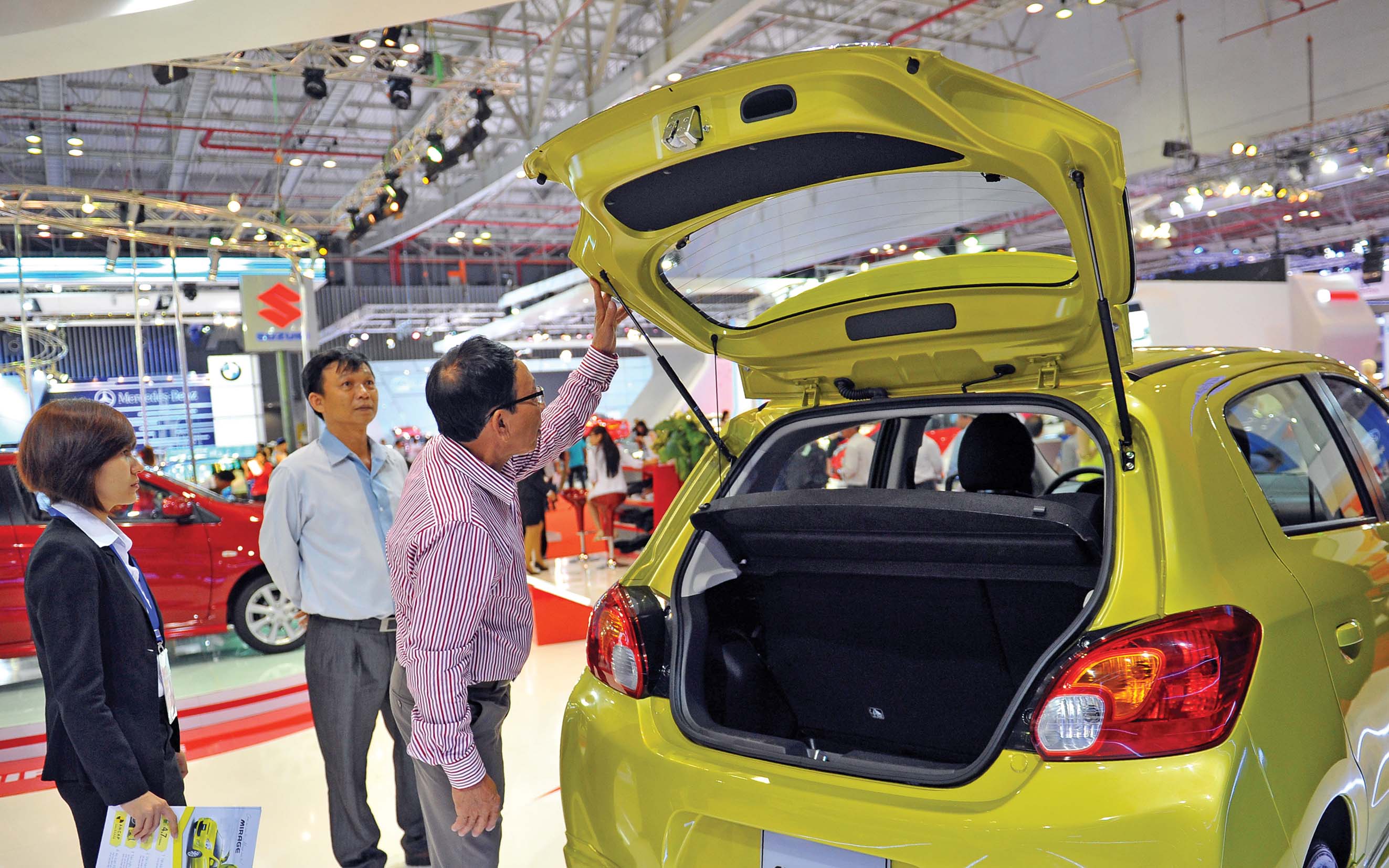 Toyota has proposed a series of tax breaks for locally assembled cars so that the Japanese automaker can increase the localization rate and open new factories in Vietnam.

Local media cited a letter Toyota sent to Vietnamese authorities last week as saying that tax reductions are among many policy recommendations the carmaker put forward based on its production forecast.

These recommendations were submitted with a view to maintaining Toyota’s production in Vietnam for the long-term development of the Vietnamese automobile industry after 2018, news websites VietnamNet and VnExpress quoted the document as saying.

The Japanese firm proposed changing the calculation of the excise tax on completely knocked down (CKD) cars from selling to factory prices, which Thailand and Indonesia are applying, according to the document submitted in a meeting between senior officials from the Vietnamese Ministry of Industry and Trade and the Japanese Ministry of Economy, Trade and Industry.

CKD cars are vehicles that are assembled locally with all of the major parts, components, and technology imported from the country of their origin.

Toyota also suggested reducing import duties on CKD car components imported from Japan from the current rate of 15-25 percent following World Trade Organization commitments to 0 percent, which is equal to the tax rate for those shipped from ASEAN starting in 2018.

The most noticeable suggestion is a request for government subsidies in the form of financial support for locally assembled vehicles equivalent to 50 percent of the price difference between imported cars, or completely built units (CBUs), and CKD cars.

According to calculations by Toyota, CKD cars will be around 20-25 percent more expensive than CBUs in 2018 when import tariffs for cars made within ASEAN are to be fully exempted.

The ASEAN bloc aims to establish an EU-style economic community by the end of this year, with tax exemptions for many goods and commodities circulated among the members.

Toyota recommended that government subsidies should be worth around 10-12.5 percent of the price difference between CKD cars and CBUs.

The Japanese firm suggested that the financial and tax support last for ten consecutive years, pointing out two scenarios that will occur if the government of Vietnam chooses to support the plan, or not.

If the government approves the proposal, Toyota Vietnam will strive to gradually enhance local content to cut costs and eventually eliminate the 50 percent in cost differences between CBU and CKD cars, the letter said.

As estimated by Toyota, the localization ratio in 2020-2025 will be higher than the current figure of 20-37 percent.

With the current five models, Toyota will add 2-3 new models by that time. Estimated annual production capacity will be raised from 40,000 vehicles to 50,000 vehicles.

Toyota will consider a new factory with a capacity of up to 100,000 vehicles per year after 2025.

If there is no support from the government after 2018 as proposed, it will be difficult to maintain vehicle production in Vietnam, as by then Toyota’s rivals will have sold imported vehicles cheaper than domestically produced vehicles in mass volume, the automaker said in the document.

In 2020, Toyota Vietnam will reduce annual production capacity from the current 40,000 units to just 13,000 units, and the localization rate will not increase, according to the document.

By 2025, all operations will be completely halted and it would gradually stop producing vehicles domestically and cease investing in Vietnam as locally assembled cars will be more expensive than imported cars, the document said.

Toyota's proposal comes in the context of Vietnam being under pressure to partially cut and completely lift the tariff barriers against cars imported from other countries in the ASEAN region from now to 2018.

Toyota entered Vietnam in 1995, with its existing investment reaching about US$90 million.

Besides the main activity of assembling CKD cars, Toyota also has the right to import CBUs following Vietnam’s commitments when it joined the World Trade Organization in 2007.