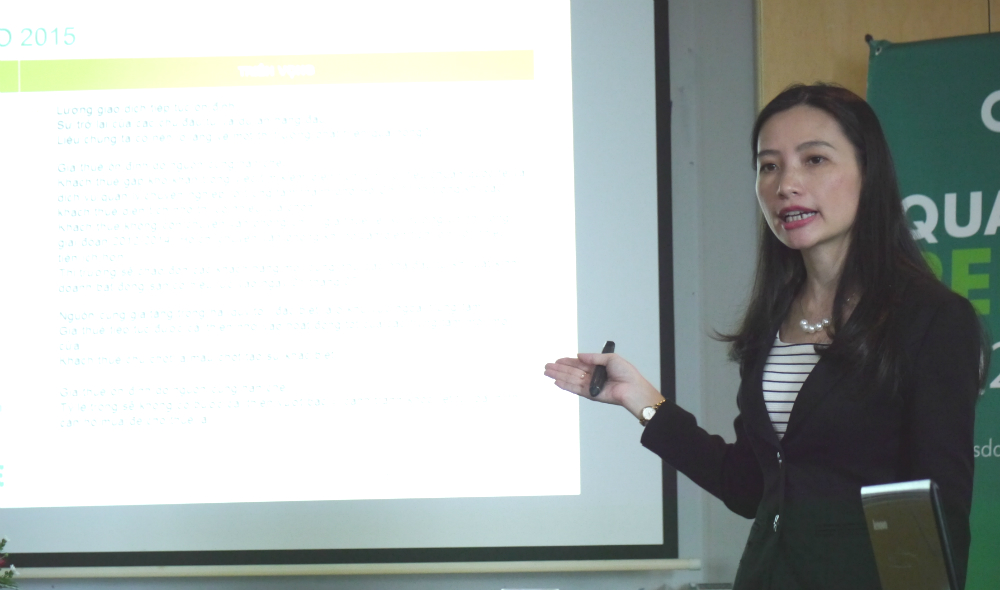 The law-making National Assembly’s green light to the construction of Long Thanh International Airport in the southern province of Dong Nai is forecast to turn the surrounding area into a hotspot for realty investors like what happened in 2009, an expert from U.S.-owned realty consultant firm CBRE Vietnam said this week.

Transactions for properties in the vicinity of the proposed new airport, work on which is expected to start in 2018 following a resolution passed by lawmakers last month, have begun to pick up recently, Duong Thuy Dung, director of the research and consulting department of the consultancy, said on June 30 during a conference in Ho Chi Minh City, adding that volumes and value are still relatively small in comparison with other areas.   With a vote of 428-17 plus 16 abstentions on June 25, the National Assembly approved the development of Long Thanh International Airport in the eponymous district of Dong Nai Province. Although the project will be implemented in three stages, the resolution only sets a timeline for the first phase.

By 2025, the first phase of the airport, consisting of the construction of a runway and a passenger terminal capable of serving 25 million passengers a year, must be put into use.

The second runway and passenger terminal will be built in the next phase, which has no deadline, to increase the capacity to 50 million passengers per annum.

The airport will continue to be upgraded to receive 100 million passengers a year by the last phase.

The go-ahead for Long Thanh construction has warmed up the property market in the proximity of the site, which had been frozen given the downturn of the country’s realty market since 2009 and public opposition to the costly airport, Dung said.

“However, we are not expecting more lively transactions in the short term, but only in the medium term in the next 5-6 years,” she said.

Speculators, rather than investors, will trigger again a frenzy, if any, as they did in 2009, she added.

Dung’s view has been shared by many local market research and consultant firms like FPT Securities Company.

The final approval for the construction of Long Thanh has really breathed fresh air into the property market of Dong Nai, drawing the attention of many investors to the stocks of the firms owning land in the area, FPT Securities said in a report released earlier this week.

According to analysts at FPT Securities, the proposed Long Thanh airport has positively helped change the real estate market in the surrounding area since it is adjacent to District 9 and Thu Duc District of Ho Chi Minh City and a part of Binh Duong Province.

As these areas will become the southern economic zone’s gateway to the sea, they will receive strong support from the government when it comes to infrastructure, which has been planned for the eastern part of Ho Chi Minh City, according to the FPT Securities report.

Many other projects staying idle for a long time have also been revitalized as their investors are carrying out financial restructuring and joining hands with foreign investors.