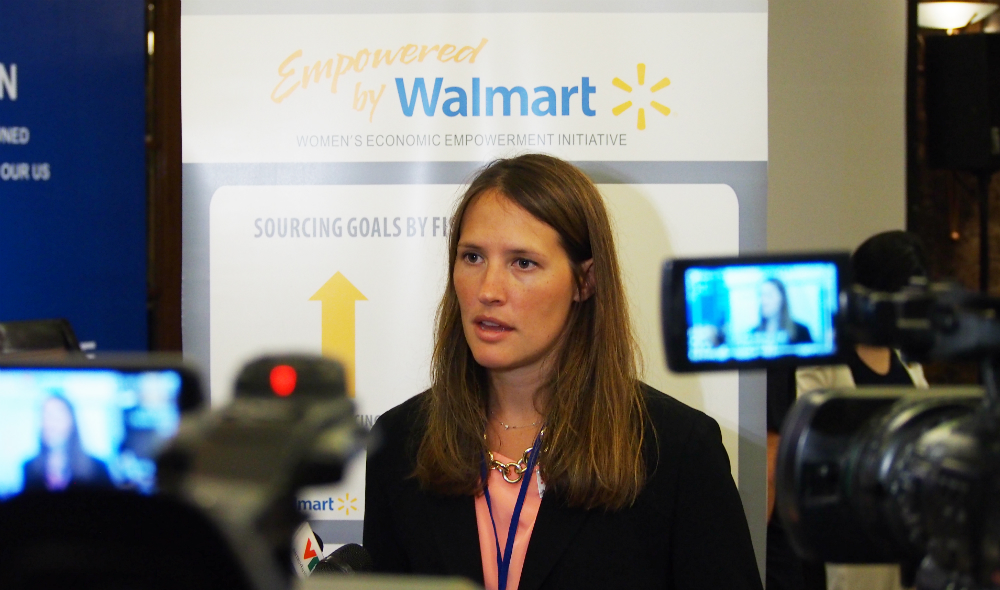 The giant retailer will offer a chance for selected businesses owned or run by women, or in which the majority of the labor force is female laborers, to become suppliers of specialized goods and services to its retailing chain, Jocelyn Tran, regional senior director for Walmart global sourcing in Southeast Asia, said on Friday at the event including the participation of 100 Vietnamese enterprises.

According to Walmart’s standards, women-run or women-led firms are those in which women own at least a 51 percent stake, and at the same time, key decision-makers for daily management and operations are women.

"We are considering buying all products manufactured in Vietnam, which does not exclude any group, from fresh food to canned, processed goods," Tran said, adding Walmart recognizes that Vietnam still lacks the intermediate suppliers with the analytical skills and strategic thinking capacity after a time working with Vietnamese providers.

This move aims to double the purchase of merchandise and services from women-led enterprises in 11 international markets of Walmart this year, she said.

Women-led corporate customers make up the majority of 260 million customers of Walmart, she added.

Women, especially those in emerging markets, averagely reinvest 90 percent of their incomes for their families and for the community to help reduce poverty and improve life quality, while the rate of men is only 30-40 percent, said Kara Valikai, senior manager of international sourcing for the Women's Economic Empowerment Initiative at Walmart, citing a World Bank report.

Walmart’s experience has shown that female business owners are innovative, adaptable and are also willing to experiment with new ideas, Valikai said.

One other noteworthy point, according to Walmart’s survey, is that women often buy products from those owned by women, she said.

In the U.S., there are many customers preferring to purchase local products made by small- and medium-sized enterprises having female leaders, she added.

However, the Walmart representative said there is no gender discrimination between male and female business owners across the globe regarding the selection of qualified suppliers to Walmart.

The processes required to become a supplier to Walmart are the same for both, she said.

However, in some cases, Walmart will offer further guidance for female entrepreneurs on solutions for logistics, regulations on measurement, and other necessary legal procedures and documentation, she added.

Walmart, which is still seeking suppliers worldwide, has acknowledged that the advantage of Vietnam's enterprises lies in the field of garments, footwear, seafood, handicrafts, and toys, Valikai said.

Being a supplier to Walmart requires meeting both local and global standards and objectives, said Sridevi Klavakolanu, senior director of responsible sourcing at Walmart.

The standards of Walmart and its suppliers may not be always well matched, but the retail giant is committed to training and supporting local suppliers to help raise their awareness and capability, Klavakolanu added.