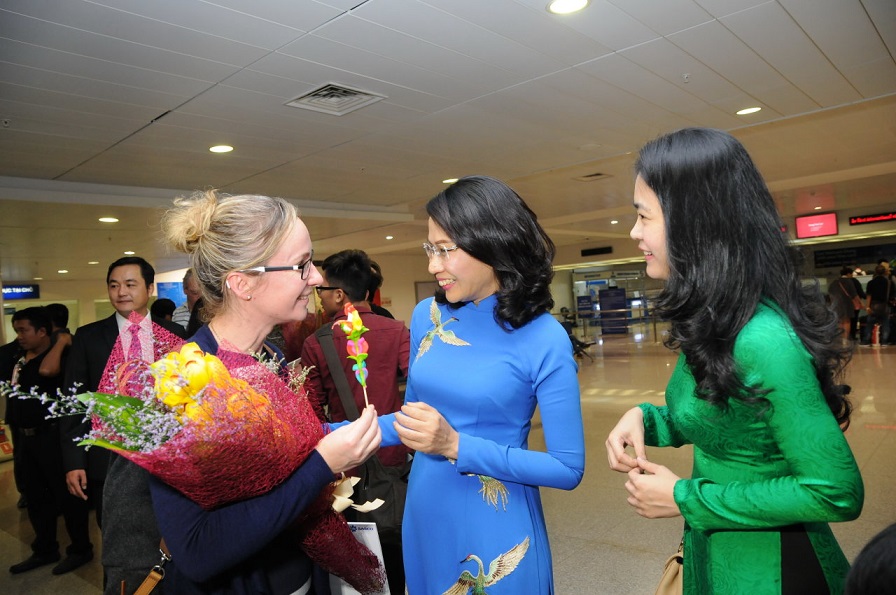 Travel firms in Vietnam have been working at full speed to prepare the best travel experience for their clients as demand is skyrocketing ahead of the Lunar New Year (Tet) holiday.

This year’s Tet falls on January 28 while Vietnamese workers and students are often given several days off before and after the date to gear up for what is considered the biggest celebration in a year.

Many travelers have booked their several-day-long trips for the upcoming holiday.

According to Tran Thi Viet Huong, director of Vietravel, her firm has been promoting their tours for the Lunar New Year holiday since October.

The tourist company offered its service to about 7,000 travelers during the New Year holiday, January 1, and is expected to serve up to 300,000 clients during the forthcoming Tet with about 800 different tours, Huong said.

“About 70 percent of the tours have been sold so far at a faster pace than the previous year,” the company director added.

According to local travel agents, the tourist town of Da Lat in the Central Highlands and the south-central beach city of Nha Trang are the two most favorite domestic destinations.

Tour operators also organize trips to new destinations across the country, with prices ranging from VND1.55 million (US$68) to VND5.2 million ($229).

Tran Van Long, general director of Viet Media Travel, travelers have purchased tours for the 2017 Tet holiday much sooner than the previous years.

Regarding international destinations, Vietnamese tourists have favored European countries, the United States, Japan, and Australia among others, Long stated.

Tours to Thailand, Singapore, Malaysia, and others are expected to be fully booked in the next few days, he continued.

According to Nguyen Thi Tuyet Mai, communication director of BenThanh Tourist, travelers are more interested in long trips to far destinations this year.

While Southeast Asian nations were the top places of interest in previous years, further destinations such as South Korea, Dubai, and Central America have received more attention now, Mai elaborated.

Tour packages that include diverse itineraries and travel experience are now all the rage, she stated.

In order to boost sales, travel agents have offered many attractive promotions to their customers.