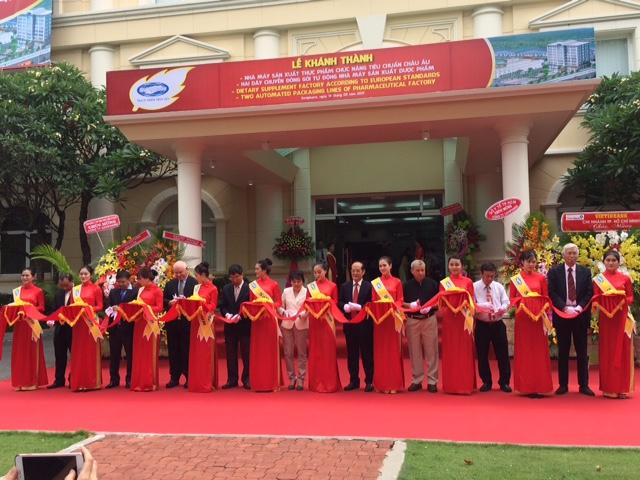 At the factory inauguration ceremony, Minister of Health Nguyen Thi Kim Tien affirmed that functional food is an indispensable goods group of mankind and Savipharm is the pioneer manufacturer meeting European standards in this field.

According to Mr. Tran Tuu, chairman of the board of Savipharm, the company’s functional food factory, featuring dust-free, non-exposure production technology, synchronous and modern equipment, has the capacity of supplying 500 million pills per shift per year.

Savipharm's health supplement factory is designed and deployed with equipment and technology systems that meet all of European standards and strictly comply with Decision No. 4288 / QD-BYT dated August 8, 2016 by the Ministry of Health for issuing the Good Manufacturing Practice (GMP) guidelines on Health Supplements.

"Savipharm is willing to cooperate with domestic and foreign partners to produce high quality functional food that meets the requirements of the domestic market and exporting,” Mr. Tuu said.

Savipharm is ranked in the top ten Vietnamese drug companies in terms of revenue and efficiency. Through more than ten years of operations, Savipharm's products are increasingly trusted by professors, doctors and users. In cooperation with GlaxoSmithKline (GSK), Savipharm is the first Vietnamese pharmaceutical company to export medicine to Japan and to be named on the map of foreign drug suppliers in Japan.

A corner of the functional food factory that has a dust-free, non-exposure and modern management system of Savipharm. Photo: Savipharm