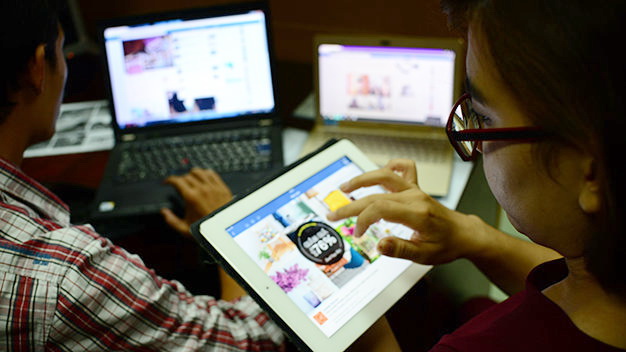 Over 13,000 Facebook shop owners in Hanoi asked to declare tax

Over 13,000 owners of shops on Facebook in Hanoi have received text messages from the municipal Department of Taxation asking them to register and declare tax for their online business.

The taxman has said it would rely on owners’ willingness to uphold their legal obligation for the time being, as it focuses on providing guidelines and support for them to legitimize their online businesses.

According to Vien Viet Hung, deputy head of Hanoi’s Department of Taxation, the authorities had identified up to 13,422 owners of Facebook pages that run retail businesses in the Vietnamese capital.

Text messages have been sent out to these shop owners from Tuesday, giving them instructions on how to register and declare tax online via the department’s official website.

Hanoi is the second city after Ho Chi Minh City to make the move to start collecting tax arrears from online retailers that conduct their business over Facebook.

However, the majority failed to show up for their appointments, prompting the city to pass a plan that looks to name and shame owners of Facebook stores that intentionally evade tax obligations.

According to Vietnam’s General Department of Taxation, recent tightened regulations over social media businesses are aimed at reminding local businesspeople of their responsibilities.