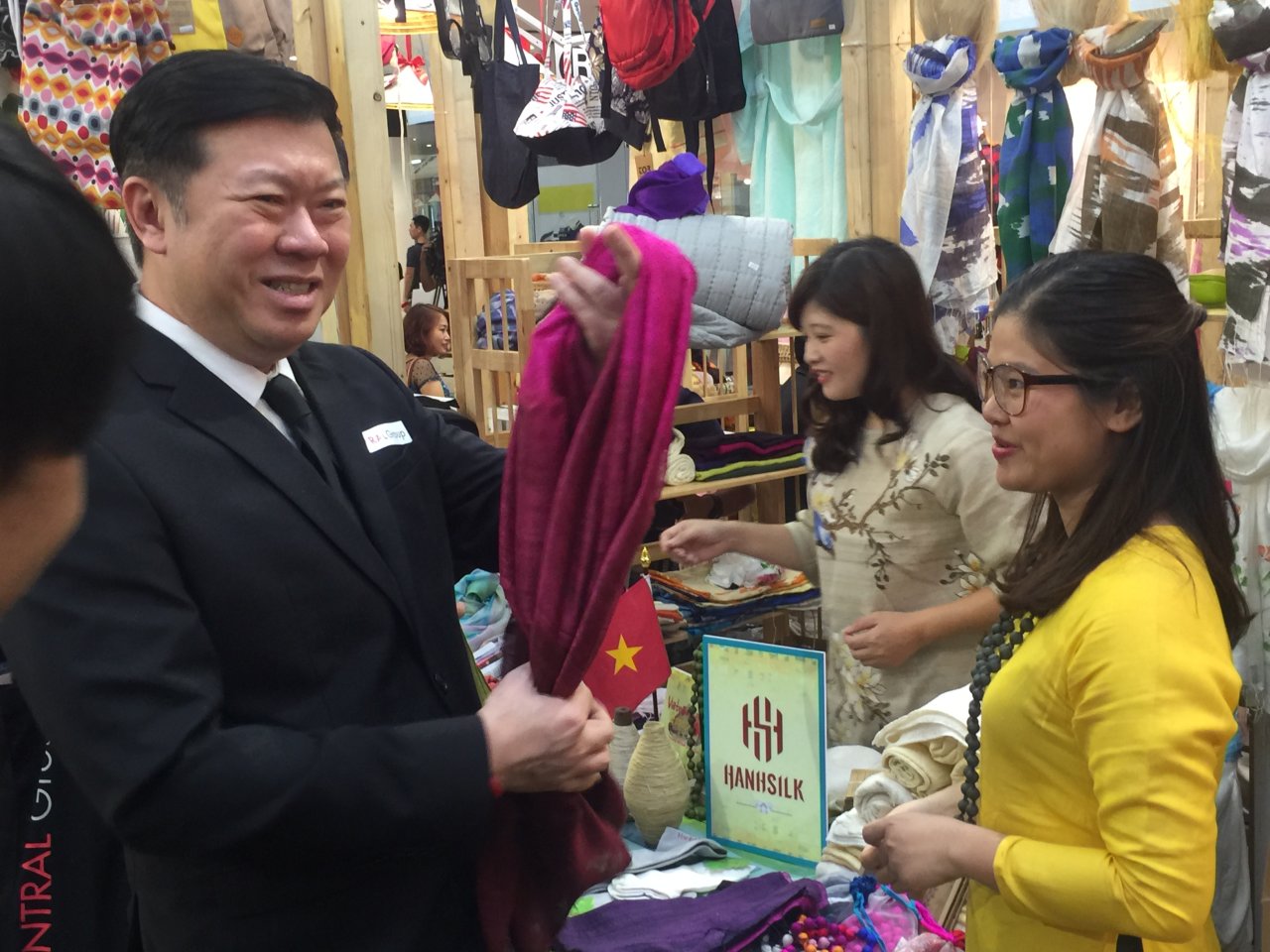 ​Vietnamese businesses in pursuit of entry into Thai consumer market

Vietnam has been facing many challenges introducing local products to its neighbor, Thailand.

While made-in-Thailand merchandise is increasingly consumed by the Vietnamese market, the situation is not very positive the other way round.

Many widely popular products in Vietnam seem unfamiliar to Thai consumers as they have only been imported and sold in small quantity by intermediate businesses and merchants.

To settle the issue, an event named ‘Vietnamese Product Week’ has recently been organized in Bangkok, with the participation of over 40 brands from Vietnam.

At the stall of Vinamit, a Vietnamese agricultural product company that has operated since 1988, Jiratha, a Thai buyer, was having a taste of the firm’s dried fruit samples and could not stop complimenting their flavor and crunchiness.

Jiratha recounted trying the food during her previous trip to Phuket.

As she was impressed with the quality, the Thai consumer has been looking for the product, to no avail, after she returned to Bangkok because it is not widely sold in the city.

According to Vu Thanh Truc, international business manager of Vinamit, this is the first time the company has introduced its goods to the Thai market.

Its merchandise was previously imported and sold by local merchants at airports and railway stations in Thailand, Truc elaborated.

“We are confident that our advantages in taste and quality can compete with similar merchandise in Thailand,” the representative asserted.

Like Vinamit, other Vietnamese businesses said they had been shying away from entering the Thai market due to the lack of knowledge of local consumers’ preferences and distribution systems.

Bui Thi Ngoc Tuyen from the import-export department of Bich Chi Food Company said her enterprise had only been working with their Thai partners via an intermediary.

During the event, Nguyen Xuan Ton, director of Long Trieu Coffee Company, has spent his free time exploring the trend at coffee shops in Bangkok, discovering that Vietnamese coffee is offered at many locations.

“Given the potential market, all we need to do is complete other phases such as pricing and packaging,” Ton said.

In order to make a deal with partners in Thailand, a Vietnamese business has to undergo several stages of negotiation and quality assurance to meet local standards.

Agreeing with the opinion, Dinh Thi My Loan, secretary-general of the Association of Vietnam Retailers (AVR), said Vietnam and Thailand share many similarities in such merchandise as agricultural products, consumer goods, and packaged foods.

For a successful entry into the Thai market, products from Vietnam must have distinctive features in terms of quality, packaging, and distribution, Loan stated.

According to Vu Dao, director of Phong Son Tiem Company, which had exported two metric tons of lychee sourced from the northern Vietnamese province of Bac Giang to Thailand, Vietnamese lychee is tastier and sweeter than its Thai counterpart, though the two countries share the same lychee season.

“The two metric tons accounted for just one-tenth of our original goal. We need to be more persistent to extend operations to this market,” Dao continued.

The firm previously had to meet a series of qualifications before exporting the fruit to Australia, he said, adding that such requirements also apply to the Thai market.