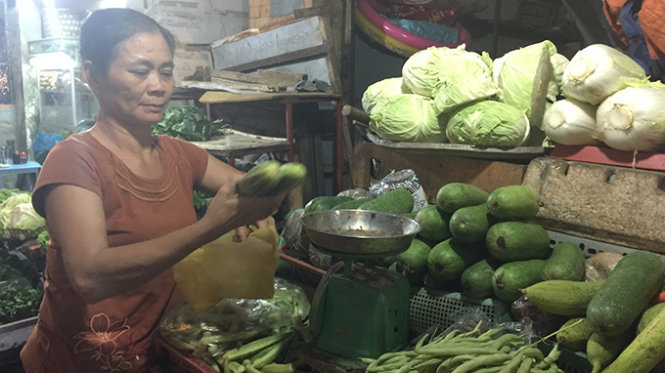 ​VAT increase to have little impact on the poor: ministry official

An official from Vietnam’s Ministry of Finance sparked controversy after claiming that a proposed increase to Vietnam’s value-added tax will have little effect on low-income earners.

The finance ministry has proposed to increase the country’s VAT by 20 percent in 2019, raising it from the current 10 percent to 12 percent, in a bid to boost state revenue.

The proposition promoted concern from local experts, who say the higher VAT will have a considerably larger affect on the poor than higher income earners.

Countering public criticism, Pham Dinh Thi, head of the tax policy department under the finance ministry, has asserted that low-income Vietnamese will feel little affect from the increase, considering they spend the majority of their income on VAT-free services and commodities.

“Low-income earners spend nearly 60 percent of their earnings on food, healthcare, and education, none of which carries a VAT,” Thi said at a press conference on Wednesday, citing a 2014 report by the General Statistic Office.

Even though the VAT will be increased, the amount spent by the poor on necessities will not rise, Thi added.

“On the other hand, high earners only spend 40 percent of their income on these expenditures.”

The official shared an example of a low-income family living off VND 7 million (US$308) a month spending half their income on non-VAT food, healthcare, and education services. The remaining VND3.5 million ($154) is spent on services subject to 5 percent or 10 percent VAT.

“Consequently, the increased VAT will only have a modest impact on low-income families.”

Pundits countered that costs of other services, such as manufacturing and transportation will immediately spike following the VAT increase, and these will affect the prices of other commodities, including food, healthcare, and education.