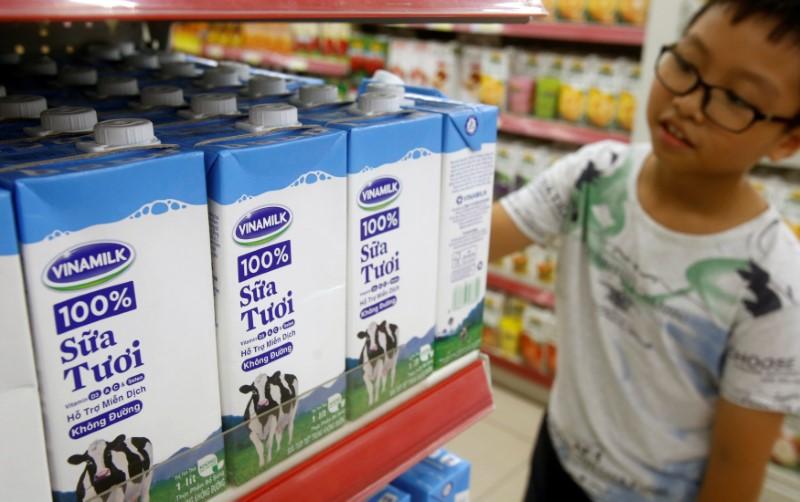 Vietnam plans to sell Vinamilk shares at 154,000 dong each: gov't

The Vietnamese government plans to sell 3.33 percent of its Vinamilk shares at 154,000 dong ($6.78) each, higher than the previous estimate, according to a government document seen by Reuters on Tuesday.

The divestment out of Vinamilk, Vietnam’s top firm by value, is expected to bring in 7.443 trillion dong to the state, said a statement by Vietnam’s Steering Committee for Enterprise Innovation and Development dated August 30.

The State Capital Investment Corp, the government’s representative in Vinamilk, said it estimated the stake sale would fetch 6.5-7 trillion dong, or about 134,484-144,829 dong per share.