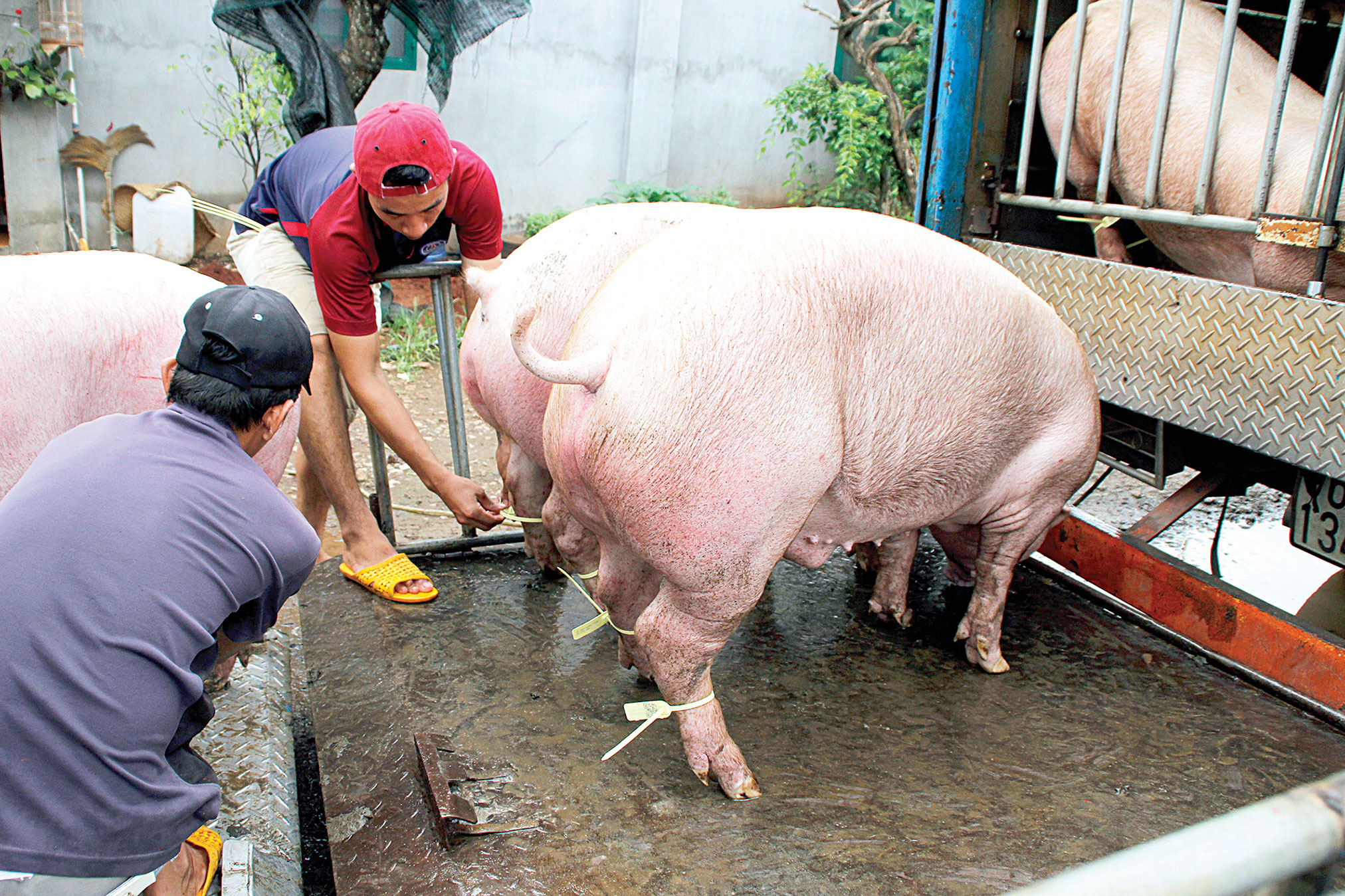 As of Monday, Ho Chi Minh City has banned all pork of unknown origin from being sold on the local market.

Last November, it was announced that Ho Chi Minh City consumers would be able to scan QR codes on pork packaging to obtain information regarding its origin.

This included where the pig was raised, when and where it was slaughtered, and from which wholesale market its meat was distributed.

The initiative was officially launched citywide in January, promising to bring significant improvements in food hygiene and food security.

However, ten months later, the initiative has received only lukewarm support from pork merchants and local veterinary inspectors.

According to a representative of the municipal Department of Industry and Trade, only around 20 percent of the 8,000-8,500 pigs traded each night at the city’s two major wholesale markets, Hoc Mon and Binh Dien, have origins traceable via the QR scan.

This is despite the fact that 80-90 percent of the pigs sold do have tracking tags attached.

Each tracking tag has a unique QR code printed on it, which pig farms must activate and attach to the hind legs of their pigs before selling them to merchants.

In theory, the QR code should help track a pig’s journey from farm to slaughterhouse and then on to the wholesale market, before it arrives on supermarket shelves or market stalls.

However, in reality, farmers and merchants are attaching the tracking tags for show only, and are failing to activate the code printed on them.

Veterinary inspectors have their hands tied when dealing with such cases, as current laws do not allow them to stop a swine from being slaughtered because of a lack of information on its tracking tag.

Provided the animal has a valid health certificate and shows no sign of disease at the time of inspection, the animal can be still be sold to the market.

According to Nguyen Ngoc Hoa, deputy director of the municipal Department of Industry and Trade, the new regulation banning pork of unknown origin will provide the necessary legal grounds for authorities to tighten controls over the quality of meat.

Hoa expects the move to improve consumer trust in the city’s food safety standards, particularly in the wake of news that thousands of pigs were discovered being injected with sedatives shortly before slaughter in the southern hub’s largest slaughterhouse.

Though all of the sedated pigs have been scheduled for incineration, the scandal shook the public’s view of the popular meat.

“Now is a good time to implement this regulation,” Hoa said.

“Supply is currently bountiful, which means we can rid the supply chain of anyone who doesn’t meet the new standards. The city is determined to turn our words into action.”