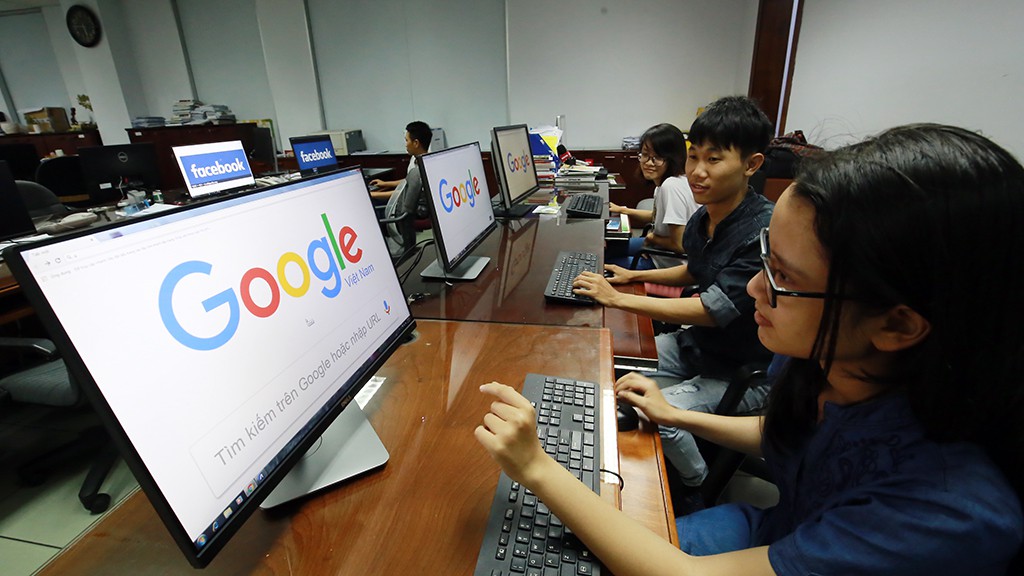 A draft law on cyber security is looking to require all foreign providers of Internet-related services to open data centers in Vietnam in order to continue offering their services to local users.

The proposed piece of legislation is expected to improve Vietnam’s cyber security, but has experts worrying that it may violate the country’s international commitments to unrestricted access.

If passed by the lawmaking National Assembly, the law would force popular companies like Facebook, Google, Viber, Skype, and Uber to obtain an operating license, open a representative office in Vietnam, and operate servers within the country on which all Vietnamese user data must be stored.

The draft law calls for companies who fail to comply with the new regulations to cease offering services within Vietnam’s borders.

According to Phi, the widespread popularity of cloud storage – a method of storing digital data in logical pools with the physical storage spanning multiple servers and locations – means that the use of data is what should be governed, not its storage.

With more than 64 million Facebook users, Vietnam ranks seventh worldwide in number of social media users, accounting for three percent of the platform’s global user base, according to a July report released by We Are Social, a social media marketing and advertising agency.

Meanwhile, nearly all of Vietnam’s nearly 50 million Internet users are estimated to be using at least one service provided by Google, according to official reports.

However, the companies have yet to open a representative office or data center in Vietnam, relying on their headquarters in  other countries to manage Vietnamese user data.

“However, the opening of data centers in Vietnam would not be simple and easy, and would definitely receive little support from foreign companies,” she added.

Vu Quang Duc, a Ho Chi Minh City-based lawyer, asserted that services like Facebook and Google have become so popular among local Internet users that one way or another they will figure out a way to access the services, even if the companies are barred from operating in Vietnam.

“I don’t think administrative measures would work in managing cross-border services offered by foreign firms,” Duc said. “Instead, technical measures would be a more effective approach in this regard.”

“What would happen if personal information such as locations and behaviors of the Vietnamese population is gathered by people with bad intentions through such services, which we neither have knowledge nor control of,” Van said. “If a cyber war was to be waged against Vietnam using such loopholes, the consequences would be immeasurable.”

According to Vietnam Chamber of Commerce and Industry (VCCI), the requirement for foreign Internet service providers to open representative offices in Vietnam would potentially be in conflict with the country’s commitments as a member of the World Trade Organization (WTO).

“The requirement dictated at Article 34 of the draft law violates Vietnam’s WTO and EU-Vietnam Free Trade Agreement (EVFTA) commitments,” VCCI wrote in a dispatch addressed to the National Defense and Security Committee of the lawmaking National Assembly.

Hoang Quang Phong, vice president of VCCI, said the proposed law also violates Article 14.13 of the Trans-Pacific Partnership (TPP), of which Vietnam is a signatory, which requires that “no party shall require a covered person to use or locate computing facilities in that party’s territory as a condition for conducting business in that territory”.

“Though the TPP has now been ratified by the National Assebly of Vietnam, the country is in the process of negotiating with ten other Pacific nations, without the U.S., to reach a final conclusion [on the fate of the TPP],” Phong explained. “Therefore, a law that goes in the opposite direction of the TPP should not be imposed at the moment.”