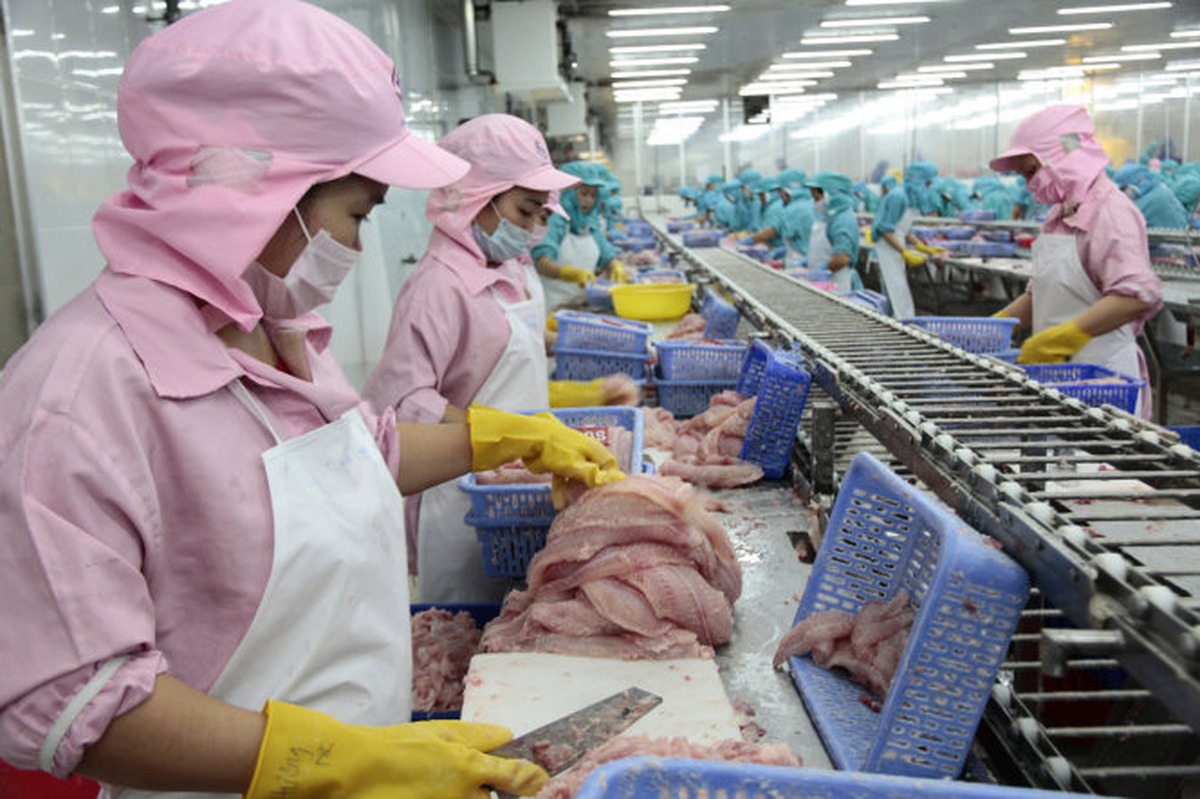 Vietnam’s seafood exports are forecast to reach a record US$8.4 billion in 2017, the Vietnam Association of Seafood Exporters and Producers (VASEP) said Thursday.

The number is a nearly $1.4 billion increase from 2016 figures, and $1 billion more than VASEP year-start forecasts, the association’s representative told a conference .

According to VASEP, as of November 15 Vietnam had exported $7.25 billion worth of seafood to foreign markets, a 17.8 percent increase year-on-year.

Apart from exports to the U.S., which suffered a 2.4 percent decline from 2016 to 2017, all other export markets of Vietnam’s seafood saw impressive growths over the past year.

Exports to China, including Hong Kong, grew by 52.8 percent to reach $1.1 billion so far in 2017, while exports to the European Union and Japan increased by 21.6 percent and 20 percent, respectively, over the same period.

According to Nguyen Thi Thu Sac, chairwoman of VASEP’s seafood committee, Vietnam’s growing imports of raw seafood for processing and re-export has helped relieved pressure on the country’s fishery industry as the sole source of the resource.

In 2016, Vietnam’s exports of processed seafood from imported raw materials were valued at $1.7 billion, accounting for around 23.5 percent of all seafood exports that year.