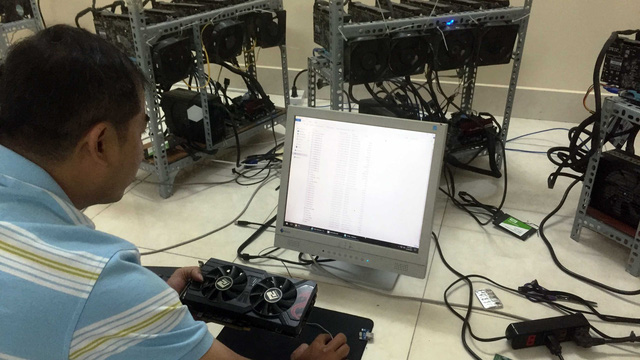 Over 7,000 cryptocurrency mining modules have been imported into Ho Chi Minh City this year, according to the municipal customs department.

In total, 7,005 mining modules were cleared for import into the southern hub as of mid-December, most of which originated in China.

According to the Ho Chi Minh City customs department, only about 1,400 mining modules had been shipped to the city between January and October, including 1,310 machines specifically designed for mining bitcoin and 620 designed for mining litecoin, two of the most popular digital currencies on the market.

However, the price of bitcoin surging to nearly US$20,000 over the past two months has led to a hype for mining the coin in Vietnam and the importation of over 5,000 mining units in just about eight weeks.

The increase in mining machine imports is due, in part, to an announcement by the General Department of Vietnam Customs giving the green light for local customs departments to clear the importation of such machines, citing the fact that they do not fall under the list of banned items according to current laws.

Cryptocurrency mining is the process of solving computationally difficult puzzles – complex computer algorithms set by a blockchain that powers a digital currency – through which new coins are released and awarded to successful miners.

Today, mining digital coins has become so competitive that it can only be profitably done using machines running the latest ASICs, as mining with CPUs or GPUs would result in the cost of energy consumption being greater than the revenue generated.

The issuance, supply, and usage of cryptocurrency, including bitcoin, litecoin and other digital or virtual currency that uses cryptography will be outlawed in Vietnam for security reasons once the amended Penal Code of Vietnam takes effect on January 1, 2018.