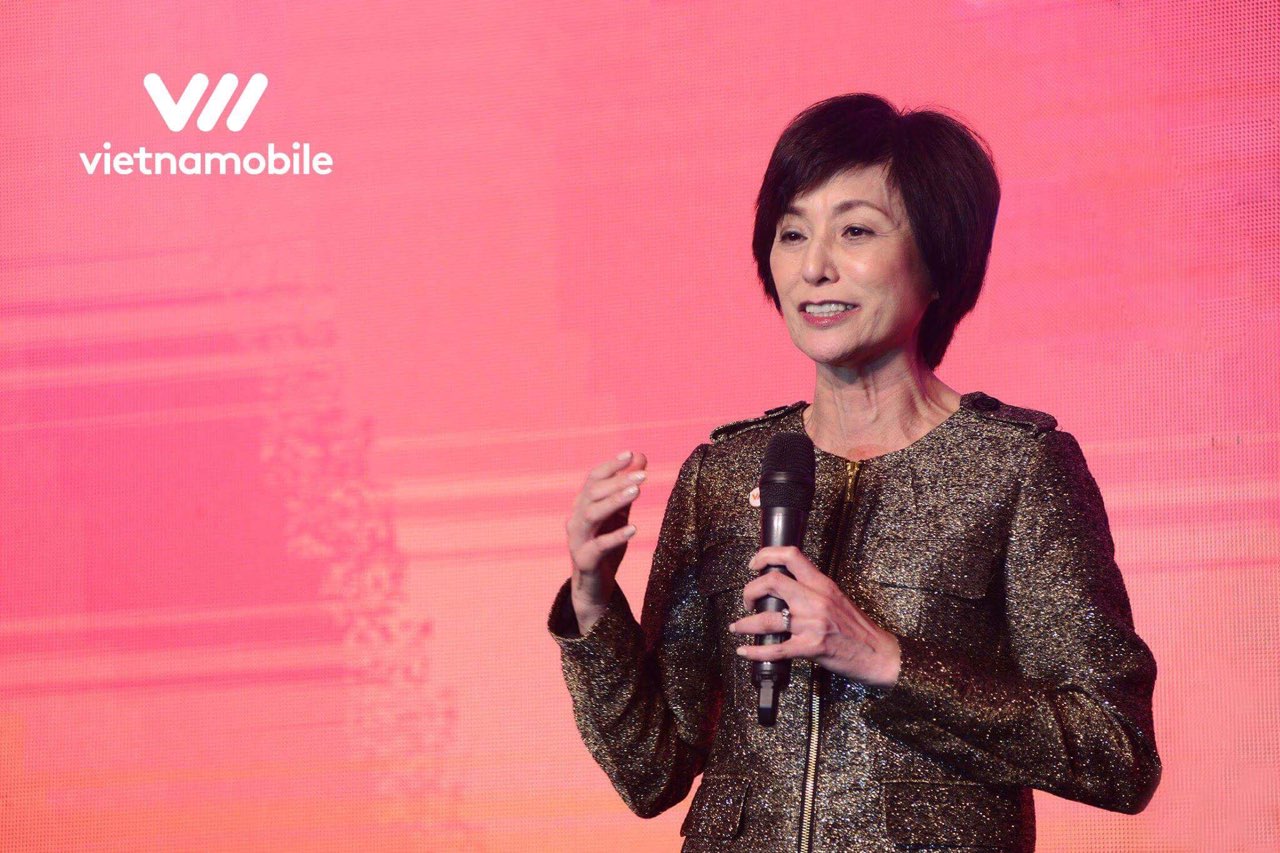 Vietnamobile, the country’s fourth-largest mobile operator, is making a stunning comeback after spending two years flying under the radar by launching a new product that offers free, unlimited data to subscribers.

The company’s ultimate vision, its general director Elizabete Fong says, is to give customers “Unbelievable Freedom” in enjoying their mobile and digital lifestyle.

“Groundbreaking,” “disruptive” and “unbelievable” was among the Hong Kong-born excutives favorite adjectives while discussing Vietnamobile’s new ‘Thanh SIM’ during an exclusive interview with Tuoi Tre News on Tuesday.

“Since the start of 3G, the whole market has evolved to become more data-centric,” she said, stressing that data is becoming a game-changer for Vietnam’s “very young” telecom market.

“Over 50% [of the population] is below 35 years old and we’ve found that around 53% of them are using the Internet.  Everybody would like data so they can use the data to enhance their life.”

Understanding customer needs and delivering well-tailored products has always been core strength of Vietnamobile, a young and innovative company that has spent the last decade carving out a deep foothold in the local mobile telecom market.

Their newest product, the ‘Thanh SIM’, offers totally free, unlimited data when customers top-up a minimum of VND20,000 (US$0.88) per month for use in other services, such as texting and calls.

The SIM is already being sold for VND40,000 ($1.76) at both traditional SIM outlets and major chain outlets, such as FPT, VinPro, and VienthongA stores, across the country, with more outlets to come in the near future.

“Distribution is very important for our SIM.Hopefully in the future customers will be able to go to every corner and buy a Thanh SIM, and everything will be transparent,” Fong said.

The “transparency” Fong refers to is what she expects will serve as the company’s secret weapon against   other operators once mobile users in Vietnam are able to switch between networks without losing their phone numbers.

"In many markets or many stores that you go to, you don’t know how much they charge. But when it comes to the Thanh SIM we’ve made it clear in our advertising that it will cost VND40,000 per SIM with no additional charges," she said.

"I think we’re currently the only operator that has published, in advertising, the price of our SIM. This is what we mean by transparency."

A Vietnamese company with foreign flavors

As far as mobile number portability (MNP) is concerned, Fong said she is quite confident that Vietnamobile "should be able to attract a lot of subscribers who want to enjoy a new network.”

"I think MNP is a challenge, but also a good opportunity for a small player like us," she said.

"Thanks to Hutchison, we have experience operating in markets where there is number portability. That means we should be able to easily accommodate changes," Fong said.

Vietnamobile has also used its status as the only foreign-invested mobile operator in Vietnam to target foreigners residing in the Southeast Asian country.

"Our brand carries a lot of international flavors. Most of our products are available in English and Vietnamese. We also have English customer service hotlines for foreigners," she said.

Being a young player on the market, it should come as no surprise that Vietnamobile is channeling its resources towards millennials, whom Fong described as having a special relationship with data and the Internet, things they simply "cannot do without".

"Apart from free data we also offer very competitive prices for voice calls at only VND680 [$0.03] per minute, in or out of network.  With that in mind, the Thanh SIM also caters to other customer groups who want other services in addition to data," Fong said.

The hiatus that pays

Vietnamobile has stayed relatively dormant over the last two years since becoming a joint stock company in 2016, despite its competitors racing to roll out 4G services.

The hiatus, however, has not been for nothing, Fong said, noting that the company has used the time to focus on developing a network capable of handling its major comeback.

With nearly $500 million in investment capital from Hutchison over the past two years, Vietnamobile now offers a 3G network accessible from all 63 provinces in Vietnam.

"Our equipment is the latest in technology. Because we waited to invest, our technology is very dynamic in that we can offer 2G, 3G or 4G via the same spectrum. That’s an area where I think being a bit late actually came as an advantage," Fong said.

The company is also looking into the development of indoor coverage enhancement using their 900MHz band technology, which provides a wider footprint and better penetration through walls, allowing users to enjoy better signal indoors.

With such thorough preparations, Fong said Vietnamobile is ready for the planned launch of its 4G service at the end of the first quarter of 2018, after having acquired a permit from Vietnamese authorities.

"In that respect, I think we are quite well-positioned for the data game," she stressed.

Dubbed the "Iron Lady" of Vietnamobile by local media, Fong said the nickname would be more suited to describe the spirit of the entire company, which she warmly regards as her family.

"I guess Vietnamobile has always had the culture of a family business. So to me, all our team members are actually members of a family.  In a way, I’m just a supermom that gives them guidance and support," Fong said.

The nickname reflected the company's David and Goliath spirit in that Vietnamobile is a small player "fighting against very big giants" but has remained "resilient, committed ,and patient" all the way through, Fong explained.

Looking into the future, Fong said she has a clear vision for Vietnamobile to become an important player in the market and continue to innovate and "offer the most competitive services" to customers.

"Most importantly, we want people to be proud of us, and to see us as the champions of customer experience," she said.