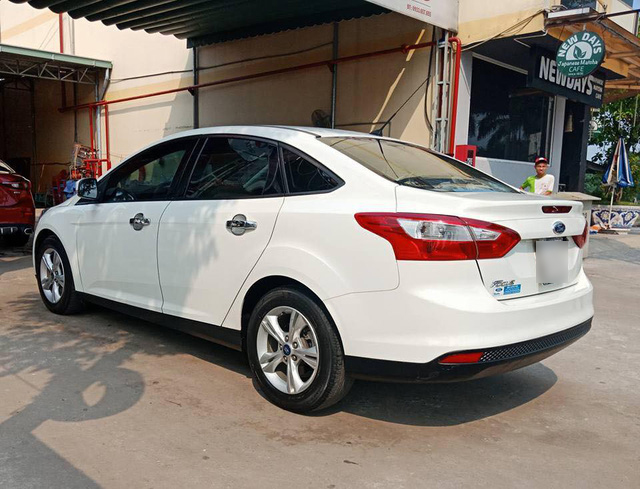 Two Ford owners have sued the American automaker’s Vietnam business over what they claim are dangerous gearbox malfunctions that persisted even after they had had the cars maintained at authorized garages.

Vo Quoc Binh, a business owner from Ho Chi Minh City and one of the plaintiffs, said he had bought a second-hand Ford Focus sedan in February.

While traveling uphill at 50 kilometers per hour on a mountain pass during a family vacation last month, Binh said he suddenly lost control of the car’s transmission.

“It could have resulted in a serious accident if I had not reacted in time to the situation,” Binh said.

Other problems he encountered with the car included shakiness during gear transmission and unusually high rounds per minute (rpm), which could reach up to 6,000 while traveling at 30 kilometers per hour.

The second plaintiff, Nguyen Quang Huy from Ho Chi Minh City, reported similar problems with his Ford Focus that he had bought in June 2015.

The car is under warranty through June 2018.

The vehicle often displays warning messages such as “Transmission overheating. Stop safely” after only a short time of traveling.

The issue persisted even after Huy had taken his car in for maintenance at an authorized Ford garage for four times and had the vehicle’s clutch replaced.

According to Hai, there were signs that water had entered the transmission system on Binh’s car, which might have caused rusting in certain areas.

However, Binh did not agree with the report and refused to have the car fixed, Hai said.

He added that the company had yet to issue a formal conclusion on what had caused the error with the customer’s gearbox.

Both Binh and Huy have refused Ford Vietnam’s request to bring their cars in for further maintenance, and have filed separate lawsuits against the company to the People’s Court of Hai Duong Province in northern Vietnam, where its headquarters are based.

The Ford Vietnam representative said the company did not have formal knowledge of the lawsuits.