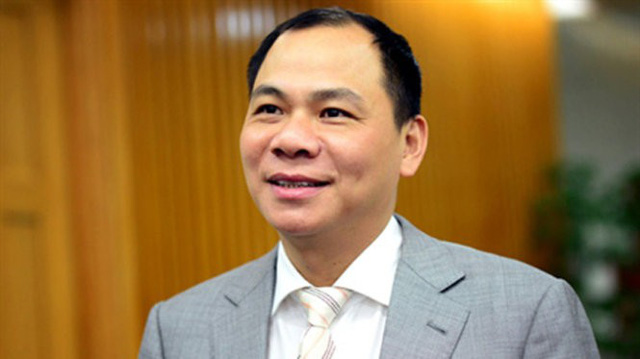 Editor’s note: Do Thien Anh Tuan is a lecturer of economics at Fulbright University Vietnam. He wrote this article for Tuoi Tre (Youth) newspaper after learning that four superrich Vietnamese had been included in the annual 2018 Forbes billionaire list released last Tuesday, double the number in last year’s rankings.

The inclusion of four Vietnamese in the recent Forbes list of the world’s dollar billionaires is proof that the Vietnamese population is getting richer, but the country’s rich remain a target of social prejudice as it struggles to bring the group out of the shadow.

Though the gap between Vietnam’s poorest and richest has been widened as a result, the wealth and success of one group in the society is certain to improve the livelihood of others, ideally speaking.

In reality, there remain challenges posed by Vietnam’s economic environment and social institutions that bar enterprises and the rich from contributing more to the society.

Big enterprises are under constant inspection from authorities, which either discourages companies from growing big or prevents them from coming out into the light once they are big for fear of becoming a target of inspections.

This policy not only fails to encourage productivity, but also causes entrepreneurs to seek overseas ventures once they have enough money in hand.

Therefore, Vietnam needs to adapt its policies toward becoming an “inclusive institution,” to cite the book ‘Why Nations Fail’ by Daron Acemoglu, if it wants to have more grown-up enterprises and dollar billionaires.

Meanwhile, in microeconomic terms, it is also urgent that Vietnam improve its business environment, reduce costs for businesses, and crack down on corruption.

Though there have been positive improvements in business environments, there remain things to do when it comes to public governance and institutional and administrative reforms.

Vietnam needs to create a fair and transparent business and investment environment, and to put under control the power of the public sector.

If you want to create power, it needs to be controllable. In Vietnam, things are being done the other way around as power keeps getting created without the means to put it under control, which results in abuse of power.

On the other hand, the rich have the resources to hire good lawyers and consultants to help them evade tax and optimize their financial obligations to the state, which is the root of social inequality in tax obligations.

This is a haunting concern for not only Vietnam but also many other countries in the world.

American billionaire Warren Buffett once expressed his wish to voluntarily pay more tax and called for other billionaires to follow suit, after revealing that he paid tax at a lower rate than his secretary.

With that in mind, we should not stress ourselves over how to immediately achieve equality in tax obligations, as it is a quite complicated issue.

Instead, we should work to improve our policies so that the rich feel motivated to voluntarily contribute to the society, as did Warren Buffett.

Presently there is a lack of policies to honor and encourage the development of Vietnam’s rich, while prejudice against the group is still common, which sets back the growth of a whole country.

We need to understand that not every rich person is a bad person who should be frowned upon, as they can be successful financially but lacking in other aspects of life and have pains unbeknownst to the public eye, like what has been captured in the famous Mexican film “The Rich Also Cry.”

Therefore, if one gets rich through their own talent and transparent business ventures, that spirit should be encouraged, honored and spread.

On the other hand, those who get rich through illegal means must be handled according to the law, and those who are suspected of conducting illegal business should be honored with caution in order to avoid hailing unworthy individuals and overlooking worthy ones.