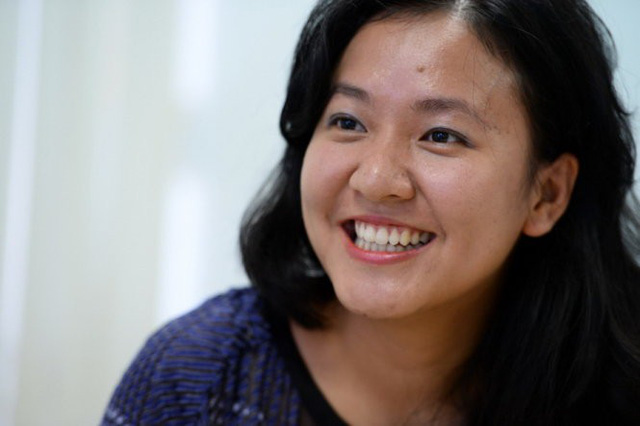 Facebook has picked a Vietnamese woman to take charge of its business in Vietnam, the company confirmed to Tuoi Tre (Youth) newspaper on Tuesday.

Le Diep Kieu Trang, a.k.a. Christy Le, will be working from Singapore as the social network giant has yet to open a representative office in Vietnam.

Trang says she wants to challenge herself with the daunting task of boosting the network’s operations in Vietnam, where over half of the country’s population of 95 million are Facebook users.

Vietnam is Facebook’s seventh-biggest market by user count, according to statistics portal Statista.

“We commit ourselves to helping local businesses tap the power of smartphones and turn it into domestic and global success.”

Kenneth Bishop, Facebook’s managing director for Southeast Asia, told Tuoi Tre that Vietnam’s over 60 million Facebook users is a driving force for the company to continue to invest in resources and personnel dedicated to its operations in the market.

Trang, 38, is a well-known entrepreneur in Vietnam who in 2014 co-founded fitness company Misfit Wearables, which produces devices like fitness trackers, with her husband Sonny Vu.

In late 2015, the startup was acquired by U.S. fashion house Fossil Group for $260 million, and Trang became the company’s general director for Vietnam.

Trang announced her withdrawal from the position at Fossil Vietnam earlier this month, sparking rumor that she was about to launch a new startup with her husband.

It therefore came as surprising news to many that she had accepted Facebook’s offer to head its operations in Vietnam.

Prior to co-founding Misfit Wearables, Trang had worked for global management consulting firm McKinsey in the U.S. for some time after her graduation from the Massachusetts Institute of Technology (MIT).

Trang had been to Le Hong Phong High School, one of Vietnam’s leading high schools, where she graduated top of her class.

With her new position at Facebook, Trang says it will be a great opportunity for her to connect Vietnamese and foreign business communities while making good use of her experience in the area.