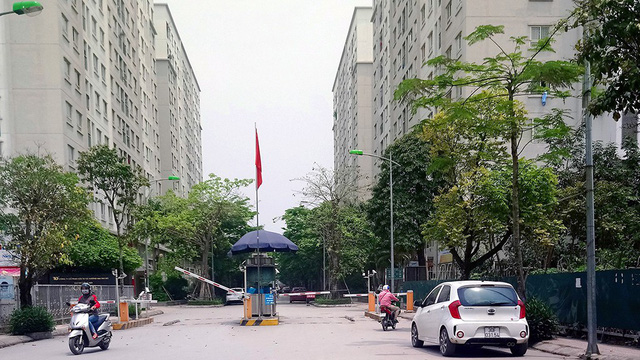 A national real estate awards in Vietnam has come under criticism for honoring scandalous condominiums and realty developers in its latest edition.

During the awards ceremony held in Hanoi on April 14, many projects and firms with a bad reputation of service quality were named winners of top awards.

The awards, given annually by the Vietnam National Real Estate Association, has had its integrity questioned, with critics accusing it has fallen short of its goal to recognize realty projects and developers that offer the most quality service in Vietnam.

Among condominiums in Vietnam that won the ‘most livable condo’ award was Trang An Complex in Hanoi’s Cau Giay District.

However, it was at this complex that a fire broke out on March 20 from an apartment on the ninth floor of one of its buildings.

No alarm was sounded during the fire and residents were only notified of the incident through a Facebook group created and joined by residents.

The complex’s developer and its residents have since been in disputes, with the apartment owners putting up signs to protest the company’s irresponsibility in handling fire hazards after the incident.

Another recipient of the ‘most livable condo’ award was the Imperia Garden in Thanh Xuan District, Hanoi.

The project, developed by MIK Group, has been in involved in constant conflicts with its residents over access to water supply.

Dozens of Imperia Garden residents have recently staged a demonstration of their displeasure with the condo developer by showering in public.

In another category, the ‘best social housing project’ award was handed to the Ecohome 1 complex in Hanoi’s Tu Liem District.

Residents at Ecohome 1 have been complaining about its fast-degrading apartments after only one year of use, as cracked walls, peeling paints and leaking roofs have become a common sight.

In the meantime, the ‘most credible realty developer’ award was given to FLC Group, which is infamous for construction violations involving multiple projects discovered by authorities.

The FLC Garden City project in Hanoi was built up to the 18th floor between 2015 and 2017 without a permit, despite demands from local authorities that they halted all constructions.

The FLC Ha Long Bay Golf Club & Luxury Resort in the northern province of Quang Ninh was also asked to cease development over the lack of an environmental impact assessment report.

Vietnamese Deputy PM Trinh Dinh Dung even had to send a letter to the administration of Quang Ninh asking for firmer actions against FLC’s violations, after the firm continued to refuse compliance with earlier requests.

Nguyen Tran Nam, president of the Vietnam National Real Estate Association, told Tuoi Tre (Youth) newspaper that the panel of judges were independent from the awards organizers and had conducted field surveys on all projects before deciding on the winners.

According to Nam, the judges strictly followed a set of guidelines on which criteria to look for in a condo project to ensure fairness across the panel.

“The recent scandals at some of the projects may have been caused by residents who, for one reason or another, made unreasonable demands,” Nam said.

He added that results of all award categories had been agreed on by local authorities where the projects are located before they were officially announced in the April 14 ceremony.