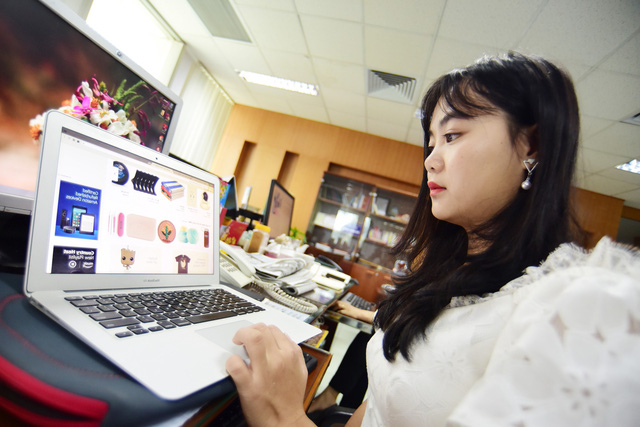 The majority of Vietnam’s online retailers receive foreign investment, mostly from China, as local e-commerce startups struggle to compete by their own power, according to a government economic expert.

Nearly 20 e-commerce businesses in Vietnam received foreign capital in 2017, according to a recently released official report.

The majority of these foreign investors are from China, he added, a country that accounted for 40 percent of global retail e-commerce in 2017, according to Forbes.

Ngoan pointed out that Vietnamese start-ups in the e-commerce market are often sold to foreign investors after achieving initial success due to fears of losing their competitive edge as they attempt to scale.

Tiki, one of Vietnam’s largest online retailers which aspires to be the country’s Amazon, recently became 40 percent foreign-owned after major investments from China’s second-biggest e-commerce firm JD.com and Japanese giant Sumitomo, which own 22.1 percent and 7.32 percent of the company, respectively.

In March, Chinese e-commerce giant Alibabasaid it wouldinvest an additional US$2 billion in Southeast Asian e-commerce firm Lazada Group, of which it already holds an 83 percent stake, an illustration of its aggressive expansion in the region, including the Vietnamese market.

Vietnam’ e-commerce market grew by over 25 percent in 2017 and is projected to maintain an impressive two-digit growth rate through 2020, according to a report released last year by the Vietnam E-commerce Association (VECOM).

According to Nielsen, Vietnam’s e-commerce market could hit $10 billion by 2022, up from the current $4 billion.

According to the economic expert, a national scheme to improve Vietnamese businesses’ productivity is being drafted by Ngoan’s team to help local companies maintain long-term competitiveness against foreign players.