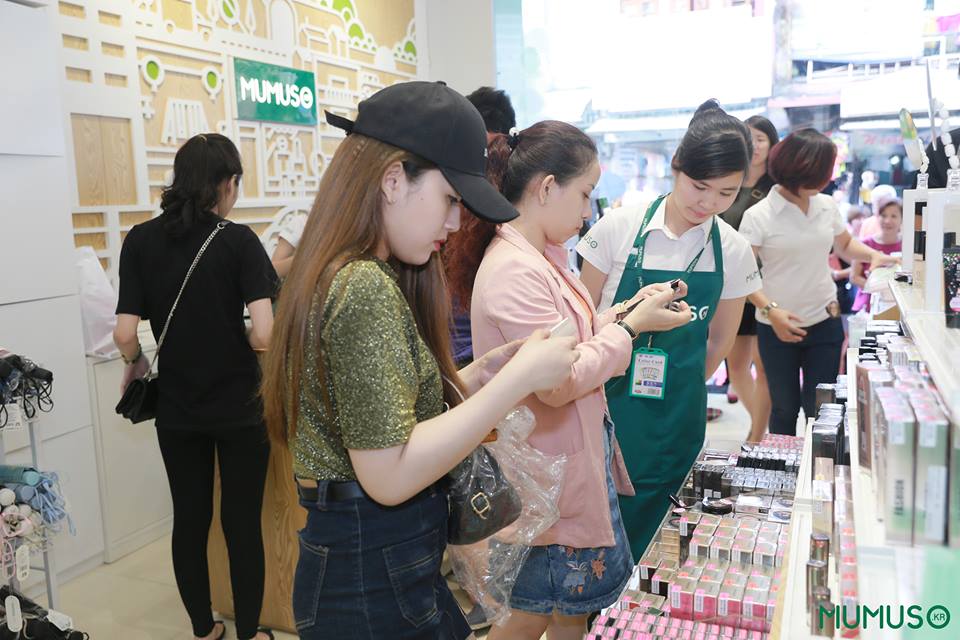 Over 99% of goods at ‘Korea’ retailer chain Mumuso in Vietnam made in China: ministry

An inspection by Vietnam’s Ministry of Industry and Trade has discovered that almost all products available at Mumuso outlets, which put the word ‘Korea’ under their store signs and on shopping bags, are in fact imported from China.

Mumuso has come under the microscope over allegations that it dupes consumers into thinking it is a South Korean brand that specializes in selling made-in-Korea products, while most of the merchandise is Chinese-made.

In April, South Korean television SBS News also aired a program, accusing Mumuso of falsely claiming itself as a South Korean store chain in Vietnam while it is not.

The Vietnamese trade ministry has therefore decided to inspect the company’s operations from 2016 to May 31, 2018, and announced the results on Friday.

According to the trade ministry, 99.3 percent of 2,293 products available for sale by Mumuso are imported from China. The remaining proportion is sourced from domestic suppliers.

Despite this, Mumuso has expressed its alleged relevance to South Korea through its advertisement and information to customers, even though it is not able to show any documents to verify the accuracy of those claims, the ministry underlined.

For instance, on the storefront signs of Mumuso outlets in Vietnam, the company intentionally runs a line that reads, “Mumuso – Only from VND22,000 – KOREA,” while the word “KOREA” is also found on the chain’s plastic shopping bags. (US$1 = VND22,727).

Customers have been misled by this apparently deliberate tactic by Mumuso, believing that the stores and its goods are related to South Korean.

Mumuso also shows sign of violating regulations on product labeling, as some of its goods have sub-labels in Vietnamese with inconsistent or incorrect information.

With the above violations, the trade ministry has instructed its functional units to consider and quickly handle the case.

As of Saturday morning, Mumuso has yet to give any comment on the ministry’s announcement.

Mumuso previously reported during a press conference in Ho Chi Minh City in May that the company registered its brand under the protection of Korean Intellectual Property Office, and has a branch in Shanghai, China.

The Shanghai branch has also been designated as the company’s headquarters, according to the representatives.

Mumuso has authorized this Chinese-based entity to take over its business activities, including production technology and brand management.

Mumuso is present in Vietnam under a franchise contract with the Shanghai-based company.

However, the Korean Intellectual Property Office has asserted that while Mumuso was really registered in South Korea, the company does not engage in any production activities or have any presence in the East Asian country.

SBS News also said that it could not find the Mumuso office in South Korea.