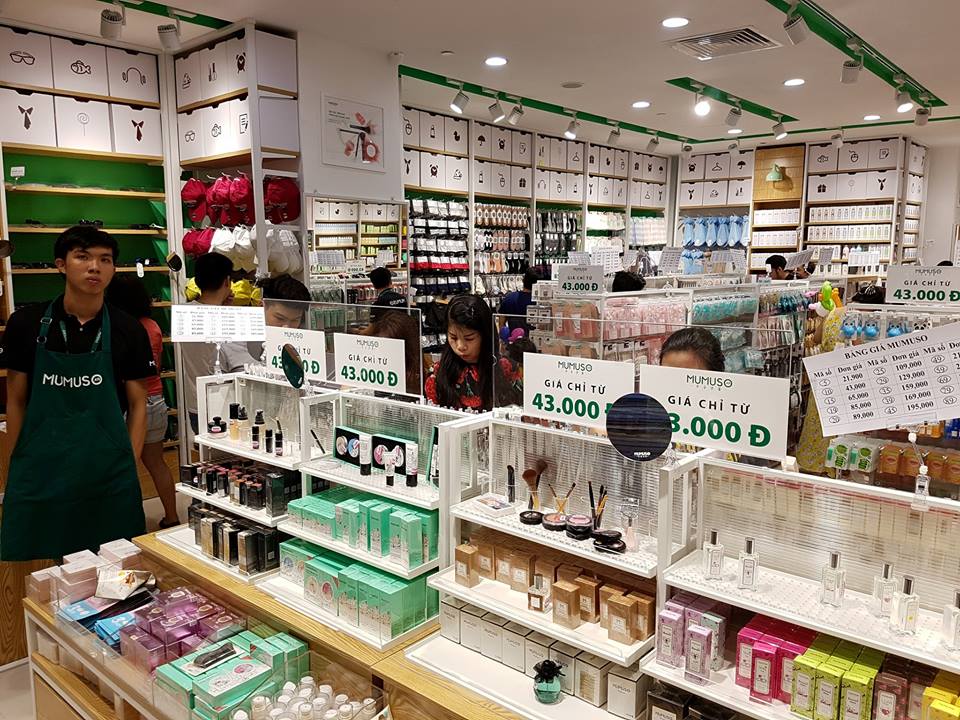 Representatives of Mumuso Vietnam, which has been alleged in a recent coverage on South Korean television as falsely claiming itself as a South Korean store chain but in fact only sells Chinese goods, fell short of clarifying those allegations as they addressed local media on Friday.

The press conference in Ho Chi Minh City was held shortly after Seoul-based SBS News questioned in its report whether Shanghai-based Mumuso is really a South Korean company as it wants customers to believe.

Mumuso, which is running many stores in different countries including Vietnam, is accused of duping customers into thinking it is a South Korean brand that specializes in selling South Korean-made products.

At Friday’s meeting, legal representatives of Mumuso Vietnam underlined that the company registered its brand under the protection of Korean Intellectual Property Office, and has a branch in Shanghai, China.

The Shanghai branch has also been designated as the company’s headquarters, according to the representatives.

Mumuso has authorized this Chinese-based entity to take over its business activities, including production technology and brand management.

Mumuso is present in Vietnam under a franchise contract with the Shanghai-based company.

However, the Korean Intellectual Property Office has asserted that while Mumuso was really registered in South Korea, the company does not engage in any production activities or have any presence in the East Asian country.

SBS News also said that it could not find the Mumuso office in South Korea.

Addressing these claims, the Mumuso Vietnam representatives said the company’s office in South Korea was relocated in August 2017 due to “a number of objective reasons.”

“SBS News [reporters] just came to the old address, so they could not find our company,” the company representatives explained.

Nham Phi Khanh, Mumuso Vietnam’s director, admitted that the company has yet to have any outlet in its ‘home’ country, but quickly added that this is a deliberate business strategy.

Khanh said Mumuso wants to strengthen its brand overseas before returning home, where competition is fierce.

In Vietnam, Mumuso has so far had 27 outlets in all three regions, mostly in Hanoi and Ho Chi Minh City, according to information on its website.

The stores sell everything from cosmetics to consume household goods, all labeled as “Mumuso - Korea”, with product information mainly written in Korean and Chinese, and prices ranging from VND22,000 (US$1) to a few million dong.

As observed by Tuoi Tre (Youth) newspaper reporters, the products all come with the ‘made in China’ tag.

Despite this, many local customers said they have misled by the brand’s trademark, which reads Mumuso.kr, and the Korean labels, believing that all Mumuso products are from South Korea with quality up to the country’s high standards.

Khanh admitted that as Mumuso has no production activities in South Korea, all of its merchandise has never undergone quality inspections in the East Asian country.

The products are in fact imported directly from China to Mumuso stores around the world, he added.

Khanh stressed that this does not mean the company’s products are of poor quality.

“Our products meet standards and regulations set by the Drug Administration of Vietnam and the Department for Food Safety and Hygiene under the Ministry of Health,” he added.

The press conference ended without a clear statement from Mumuso Vietnam over the controversy.

The company even announced its plans to increase the number of outlets in Ho Chi Minh City and Hanoi to 80 in the future, despite the origin scandal.